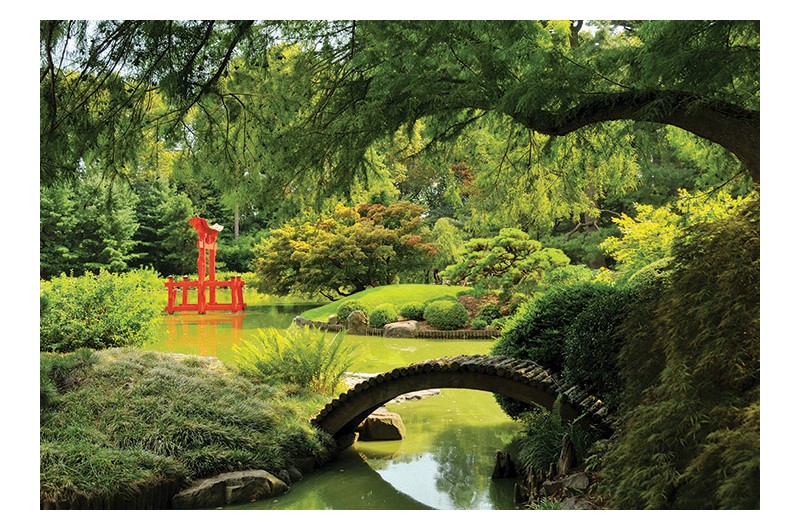 Founded in 1910, Brooklyn Botanic Garden (BBG) is an urban botanic garden that connects people to the world of plants, fostering delight and curiosity while inspiring an appreciation and sense of stewardship of the environment.

BBG serves communities in New York City and internationally through its world-class gardens, extensive research collections, and numerous educational and community programs. Situated on 52 acres in the heart of Brooklyn and open year-round, the Garden is home to over 18,000 kinds of plants and hosts nearly 950,000 visitors annually.

There are many gardens within the Garden, incuding the Cherry Esplanade, the Cranford Rose Garden, and fragrance, herb, rock, and water and lily pond gardens. The 3-acre Japanese Hill and Pond Garden first opened in 1915. Restored in 2000, it was the first Japanese garden created in an American botanic garden. Bluebell Wood is home to more than 40,000 Spanish bluebells which burst into spectacular bloom in May. The lilac collection, first planted in 1916, displays nearly 150 lilac species and cultivars. And much, much more!