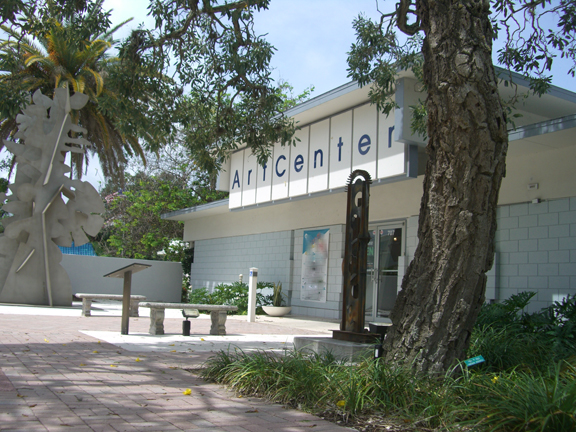 The mission of Art Center Sarasota is to provide Sarasota with opportunities for creative expression and art appreciation through art education, exhibitions and cultural programs.

When the Sarasota Art Association was established in 1926 it was the first arts organization in Sarasota. In 1941, the Association incorporated as a not-for-profit organization, with the stated mission “to promote the educational and cultural advantages of Sarasota in the field of contemporary art."  Many renowned local artists like Jerry Farnsworth, Elden Rowland, Syd Solomon and Hilton Leech were instrumental in establishing the center as the focal point for Sarasota's visual arts. The City of Sarasota provided the Art Association, with a lease of land near the downtown area and in 1948, after the war, the association broke ground for its present building which was designed in the then-popular style of the Sarasota School of Architecture. The building opened in 1949 with one gallery which is now known as Gallery 3.

The Association's stated philosophy in the 1960’s was “while the gallery is important to display the works of local artists, one-man shows and traveling exhibitions, there is a social aspect of the association that bears heavy fruit. It is a meeting place for all who are interested in the many phases of art; it is a place to make friends and see what is going on in Sarasota…” . It is still the inherent mission of Art Center Sarasota today.