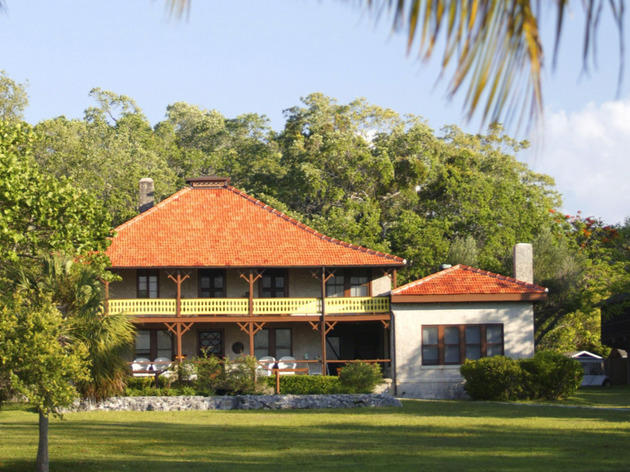 "This beautiful house with a whimsical name, dates to a simpler time."

The Barnacle, built in 1891, offers a glimpse of frontier life during The Era of the Bay, when all travel to and from Miami was by boat. Situated on the shore of Biscayne Bay, this was the home of Ralph Middleton Munroe, one of Coconut Grove's most charming and influential pioneers. Munroe preserved the forest on his land, cutting out only a winding buggy trail through the hammock — barely wide enough for one vehicle. As a result, the property contains many large, old trees.

Named for the distinctive shape of its roof, "Barnacle" is the oldest home in Miami to remain on its original site. It was designed as a one-story house facing Biscayne Bay, with three verandas and a skylight, which could be opened with a pulley to provide ventilation. The Munroe family continued to live at the Barnacle until 1973.

Left in its natural state, The Barnacle Historic State Park appears much as it did in Munroe's day, complete with replicas of two of his sailboats: Egret, a 28-foot (8.5m) sharpie ketch, designed in 1886, and the Flying Proa, designed in 1898. Tour the house and grounds, picnic on the lawn, or catch a concert on the lawn.