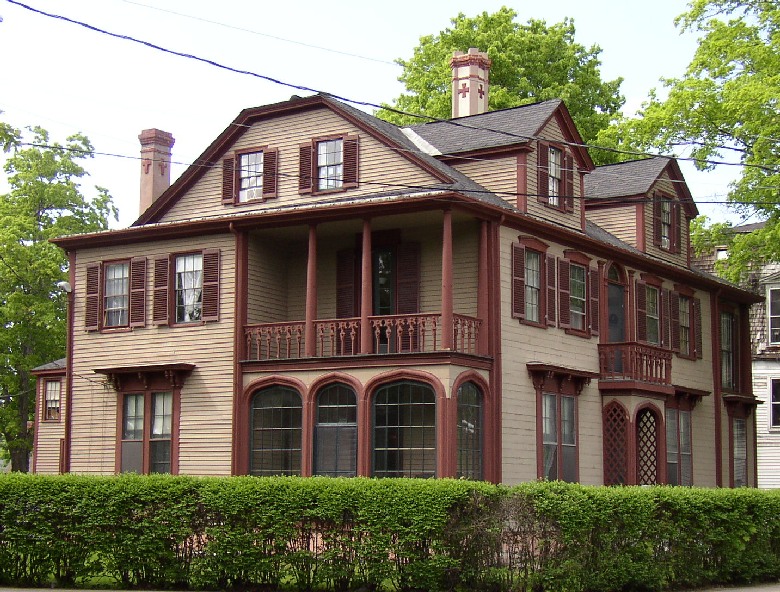 The house was built ca.1824, and has a rich history. Henry Wadsworth Longfellow and his first wife rented three rooms while Longfellow taught at Bowdoin College. In 1859, Professor Joshua L. Chamberlain purchased the home for $2,100 after renting an apartment in the building for two years with his wife and their two children.

Chamberlain was the hero of Little Round Top at Gettysburg during the Civil War, Governor of Maine, and President of Bowdoin College.

After Chamberlain had returned from serving in the Civil War, in 1867 the family moved their entire house down the street to the corner of Maine and Potter streets so that it faced east. When Chamberlain was chosen as the president of Bowdoin College in 1871, he decided that rather than moving into the President's House on Federal Street he would renovate his own home to accommodate guests. Using equipment from local shipyards, the entire home was jacked up 11 feet (3.4 m) into the air and a new floor built underneath it.

The house is a mix of Gothic, Italianate and Greek Revival architecture.

The museum is open seasonally, from Memorial Day weekend through Columbus Day weekend, and thereafter on a reduced Friday-Sunday schedule only through Veterans’s Day weekend.