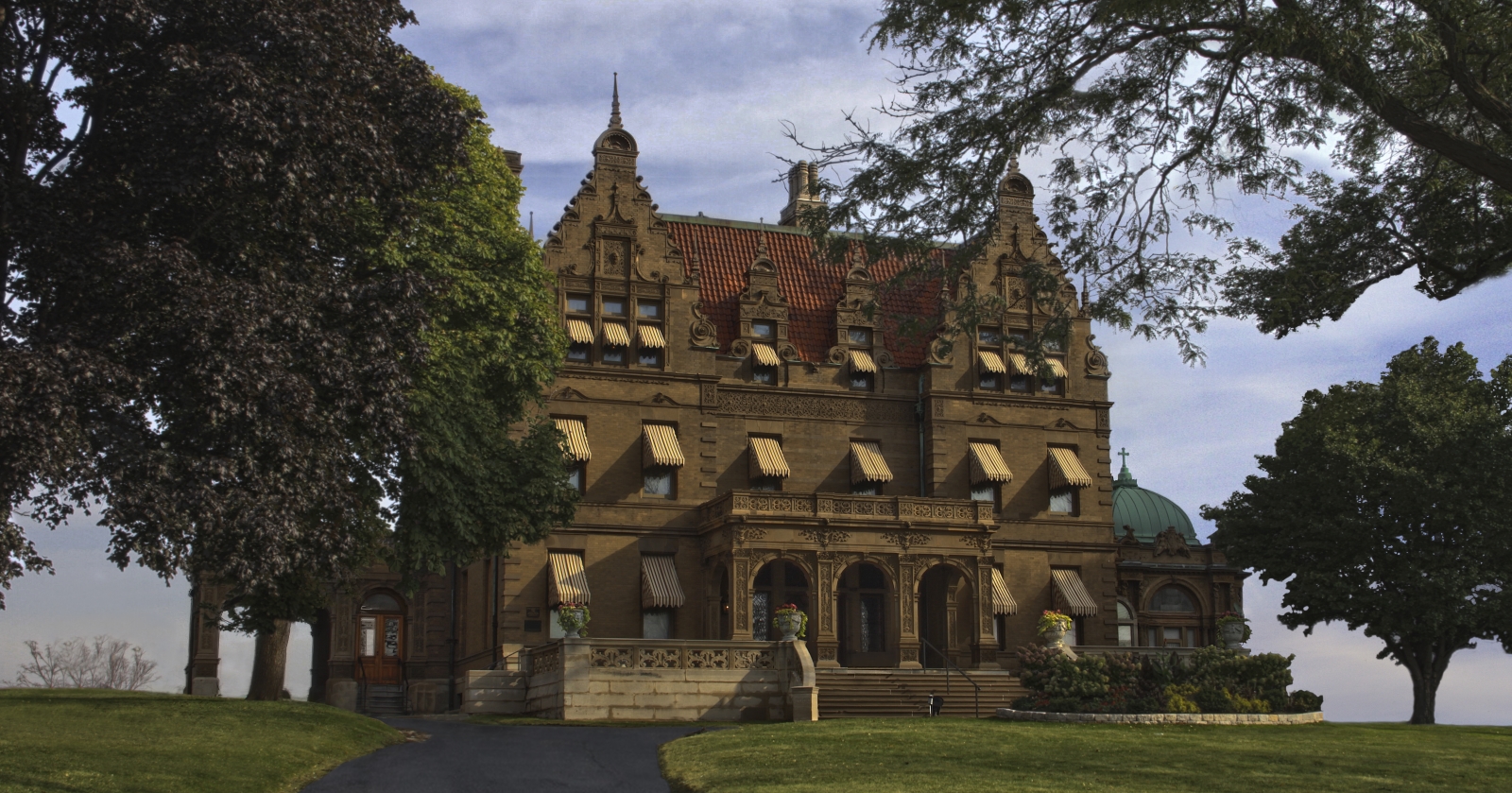 A testament to America’s Gilded Age, the Pabst (brewing) family mansion was completed in 1892 at a cost of just over $254,000 -- including the house, furnishings and artwork. Leading figures in Milwaukee society, both Captain and Mrs. Pabst became consummate art collectors, filling their mansion with priceless treasures.

The Pabst descendants sold the house in 1908, and it became the archbishop’s residence and the center of the Roman Catholic Archdiocese of Milwaukee for more than sixty-seven years.  The Mansion was placed on the National Register of Historic Places on April 21, 1975.

The objects housed within the Pabst Mansion are not only an integral part of the story of the home, but of the Pabst family and 19th century Milwaukee as well. The nearly 5,000 decorative and fine art objects now comprising the Pabst Mansion Collection began arriving in the late 1970s and early 1980s, with the most significant donation in the early years being that of three rooms of original custom-built furniture.  In the decades since many more treasures have been contributed from families with names Captain and Mrs. Pabst would have recognized including Ott, Uihlein and Usinger.

A competitive brewer, Emil Blatz, descendant of the founder of the Blatz Brewing Company, collected many of the same style of genre paintings that the Pabst’s had, and that collection is now held at the Pabst Mansion. Members of the Pabst family have also been generous in loaning or donating items to the organization whose mission is to preserve their ancestral home.