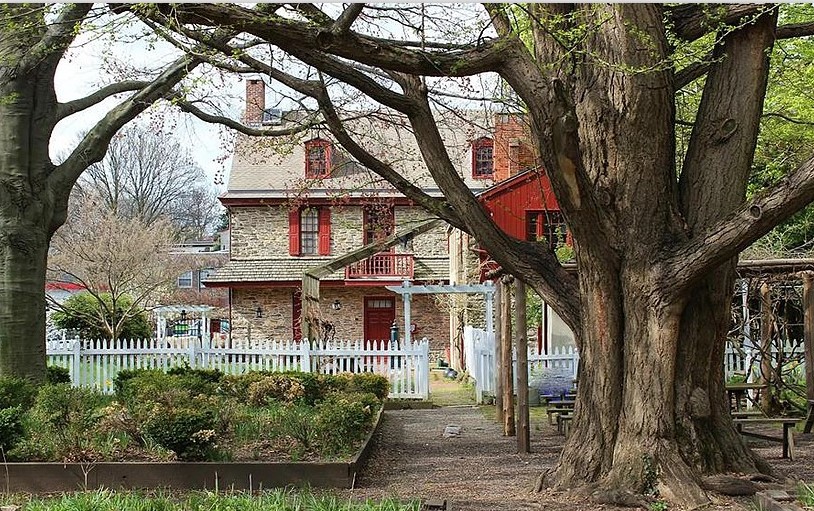 One of the Philadelphia Society for the Preservation of Landmarks houses, "John Wister’s Big House” is a quintessential example of Pennsylvania German architecture. It was occupied by British Brigadier-General James Agnew in 1777, just a few days before the Battle of Germantown. While riding to battle ahead of his troops, the General was taken off-guard running headlong into enemy troops some 100 strong. He received a fatal shot in his back as he turned to escape. Agnew’s soldiers--along with this faithful servant Alexander Andrew--carried him back to the house, where he subsequently bled to death on the parlor floor. (Yes, the stain remains!)

The Wister family’s impact on horticulture can still be found within the remaining two acres of flower and vegetable beds. A massive fruiting Ginkgo tree towers over the property—reputed to have grown from a seedling brought from England in 1754, it is known to be the oldest in existence in America.  A tranquil refuge, the Grumblethorpe House and Gardens property includes a seasonal organic farm stand.

Open hours are limited to every second Saturday of the month, May-October, from noon-4pm. / Additional visits and tours are by appointment only, Tuesday-Thursdays between 10am-3pm