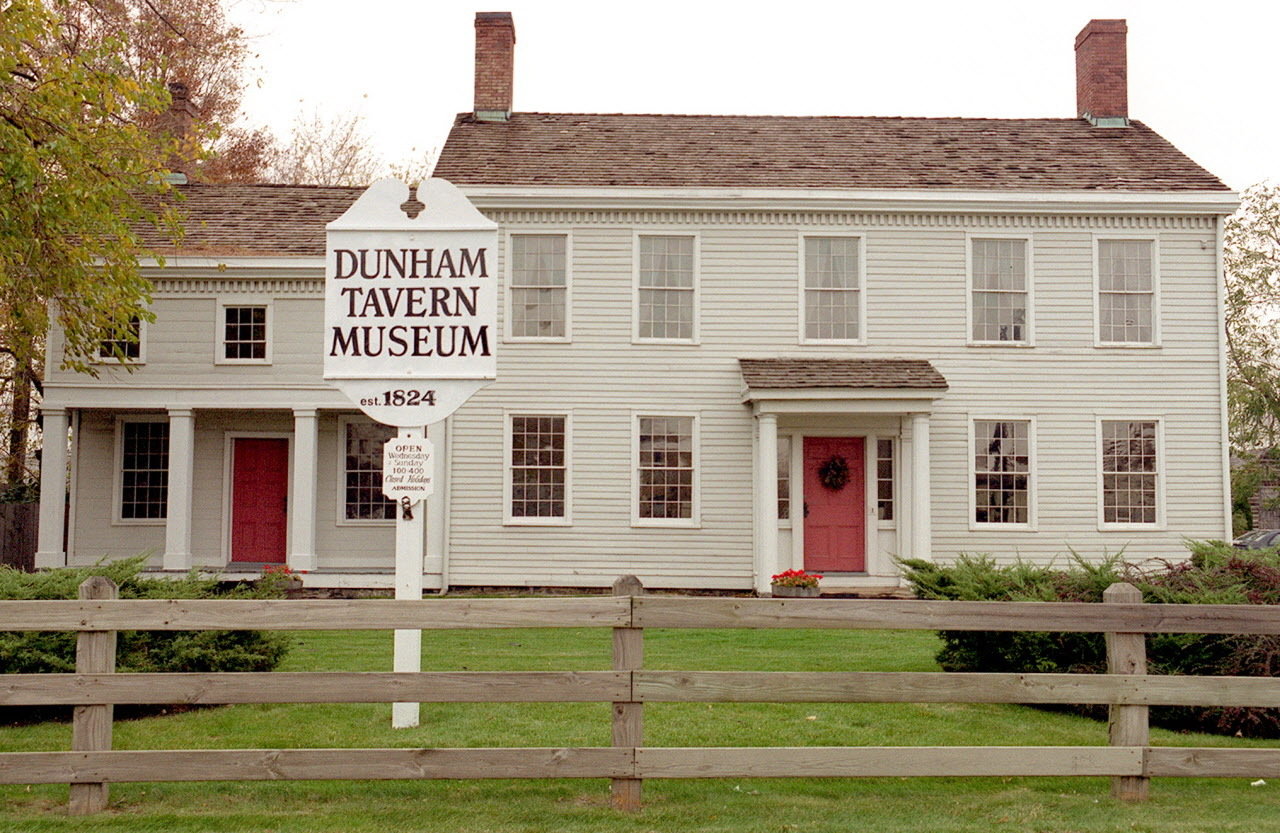 Once a stagecoach stop on Buffalo-Cleveland-Detroit post road, today Dunham Tavern Museum is the oldest building still standing on its original site in the city of Cleveland. The 1824 home of Rufus and Jane Pratt Dunham in MidTown Cleveland is a designated Cleveland Landmark listed on the National Register of Historic Places.

Rufus and Jane Pratt Dunham came to the Western Reserve in 1819, a young couple from Massachusetts.  They began to farm, living in a log cabin until the north portion of the present structure was built in 1824. Later, the main block of the home seen today was added in front of the original wing and, as late as 1832, the west wing was built.

Capitalizing on the home’s position along a well-traveled stagecoach route, Rufus Dunham soon became a tavernkeeper as well as farmer. The Dunham’s sold the Tavern in 1853, but it continued to serve as a tavern until 1857 when a banker bought it for his home. In the 1930s the Tavern served as studio space for a group of WPA artists and printmakers. The Society of Collectors, organized in the early 1930s, became interested in the historic site and eventually took responsibility for the structure, opening it to the public in 1941.

A 900 ft. path features depictions of early settler life along with a stagecoach, log cabin, and community gardens featuring 1800s landscaping and local vegetables. Dunham Tavern Museum and its gardens sit on almost 7 acres of the original farmstead.