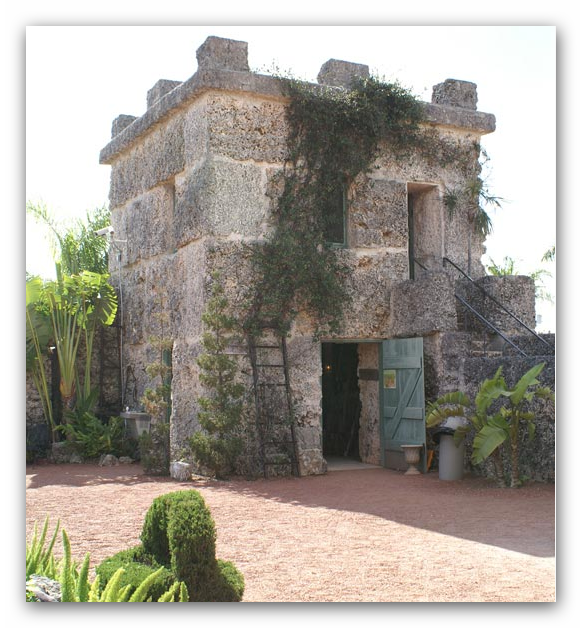 A sculpture garden built in stone by one man, Edward Leedskalnin (b. Riga, Latvia, 1887). From 1923 until his death in 1951, Ed single-handedly and secretly carved over 1,100 tons of coral rock, from the ground up using nothing but home made tools.  His unknown process has created one of the world's most mysterious accomplishments.

No one knows how Ed created the Coral Castle. Built under the cover of night and in secret, with no modern construction conveniences, Ed -- just over 5-feet-tall and weighing 100 pounds -- would only say that he knew "the secret of the pyramids." When he died, his secrets died with him, and to this day scientists and thinkers still debate Ed's methods.

Features of the Coral Castle Museum include a 9-ton gate that moves with just a touch of the finger, a Polaris telescope and functioning rocking chairs – all made entirely of stone, coral harvested from the property.

Coral Castle was added to the National Register of Historic Places in 1984.