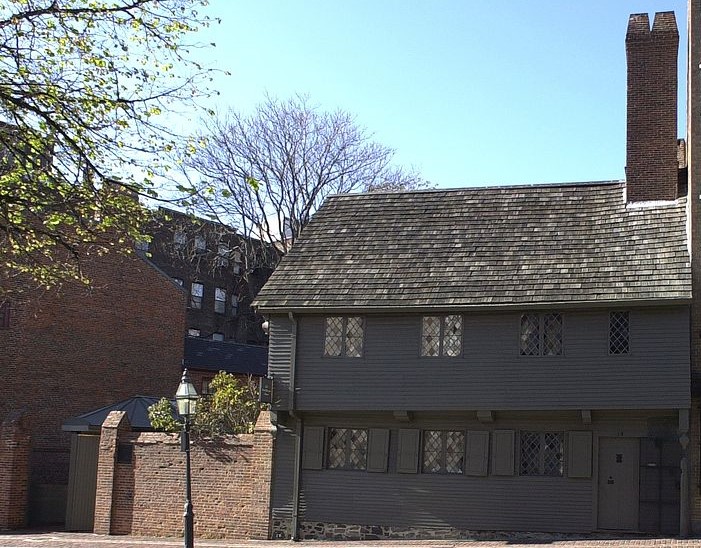 A national historic landmark, the Paul Revere House is downtown Boston’s oldest building and one of the few remaining 17th-century dwellings in a large urban area in the United States.

Paul Revere owned the home from 1770 to 1800, and about 100 years later, his great-grandson, John P. Reynolds Jr. purchased the building to ensure that it would not be demolished. Over the next few years, money was raised, and the Paul Revere Memorial Association formed to preserve and renovate the building. In April 1908, the Paul Revere House opened its doors to the public as one of the earliest historic house museums in the nation.

Ninety percent of the structure, two doors, three window frames, and portions of the flooring, foundation, inner wall material and raftering, are original. The heavy beams, large fireplaces, and absence of interior hallways recall colonial living arrangements. The ground floor includes a typical late-18th–century kitchen with cooking implements and a large Hall restored and furnished to look as it might have when the first owner lived here. Upstairs chambers contain period furnishings from Paul Revere’s era, including several pieces that belonged to the Revere family.