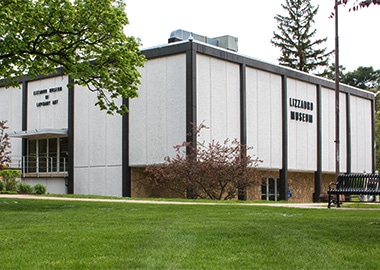 The Lizzadro Museum displays gemstone treasures, antiques to modern, with a blending of earth science exhibits.  The Museum displays more than 200 pieces of jade and other hardstone carvings from around the world, featuring several internationally famous pieces.

Included are a fine nephrite jade imperial altar set completed during the Ming Dynasty (1368-1644) and an exquisite cinnabar screen encrusted with carved gemstones. The screen was a birthday gift to the Chinese emperor, Qianlong (Ch’ien Lung) in 1791. Both the screen and the altar set were originally housed in the lavish imperial palaces of China.

Other prime examples of lapidary art are exhibited in the form of snuff bottles, modern and antique vases and bowls, and many other decorative and functional items. Three walls of the Museum’s main floor feature dioramas, each one a small scene populated by creatures native to that environment. Children and adults alike are fascinated by the gemstone inhabitants of these dioramas, all of which were carved in Idar-Oberstein, Germany.

The Museum’s collection also features beautiful examples of Florentine and Roman stone mosaics, cameos and intaglios, and displays of faceted gemstones and mineral specimens. Finally, the awe-inspiring Castle Lizzadro is an 18K gold sculpture with diamond windows setting on a base of mineral specimens.