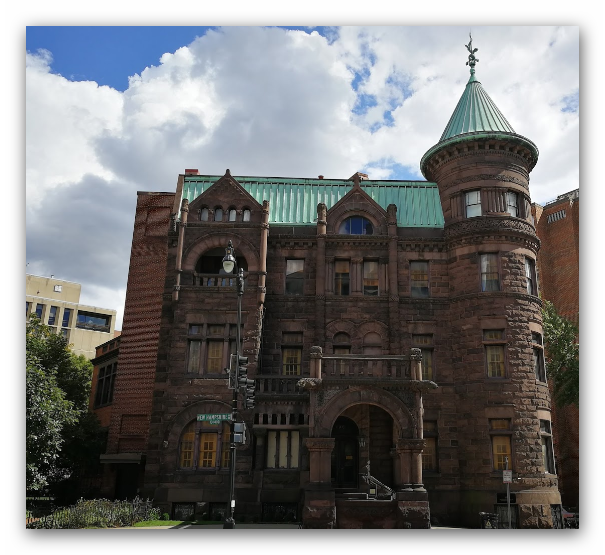 The mansion was built from 1892-94 by German immigrant, local brewer and philanthropist Christian Heurich (1842-1945). He and his family lived in their Dupont Circle home from its completion in 1894 until his wife’s death in 1956. The mansion is notable for its fireproof construction, original interiors, and family collections.

The interior of the house is a masterpiece of craftsmanship and design as conceived by the design firm The Huber Bros, incorporating the most modern technology of its time. The 31-rooms are replete with hand-carved wood, fireplaces with individually carved mantles and cast bronze fire backs, hand-painted ceiling canvases and original turn-of-the-century Heurich family collections.

Christian Heurich was a self-made businessman who immigrated from Germany to America in 1866 with $200.Recognized as Washington DC’s most successful brewer, he ran the Chr. Heurich Brewing Co., the city’s longest-operating brewery (1872-1956). He was the District’s second largest landowner and largest non-governmental employer. As the active manager of the company at his death at the age of 102, he was also the world’s oldest brewer.