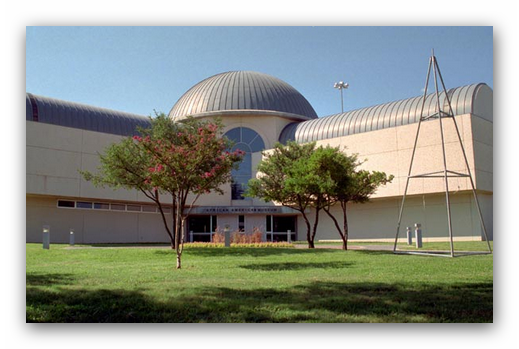 The African American Museum was founded in 1974 and is the only one of its kind in the Southwestern Region. The Museum is devoted to the preservation and display of African American artistic, cultural and historical materials.

The rich heritage of black art and history is housed in four vaulted galleries, augmented by a research library. The Museum's permanent collections include African art and African-American fine art. It has one of the largest African American Folk Art collections in the United States.

The 38,000 square foot structure, built in the shape of a cross, is made of ivory-colored stone. Natural materials and design motifs are used through the Museum in a manner reminiscent of pre-industrialized cultures of the African continent. The shape of the window represents an abstraction of the Dogon Statue from Mali, West Africa. This shape is also present in the entrance to a group of Ethiopian Orthodox churches that were excavated out of the surrounding rock at Lalibala in the 12th century.