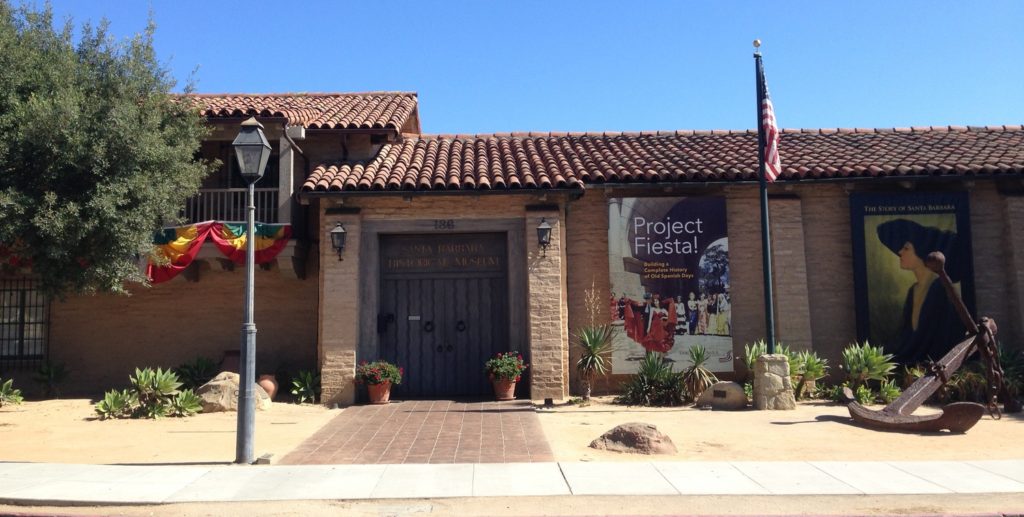 Founded in 1932, growth necessitated numerous moves until, in 1964, the Santa Barbara Historical Museum settled in its current, purpose-built location.

As one of the oldest cultural institutions in Santa Barbara, SBHM  has emerged as an essential landmark for the preservation and celebration of Santa Barbara’s regional history, home to a vast archival collection of documents and artifacts.  The Museum opened a new Edward Borein Gallery and Research Center in 2017,  creating an appropriate memorial to an artist whose accurate depictions of cowboys and ranching, vaqueros and stagecoaches, Plains and Pueblo Indians, and the California missions made an invaluable contribution to our understanding and appreciation of early Western culture.

The Museum’s courtyards evoke the romance of early Spanish California, located in the heart of Santa Barbara’s historic district, and two historic adobes are preserved in the Museum’s lower courtyard, with the Casa Covarrubias adobe dating to 1817 and the Historic Adobe to 1836.