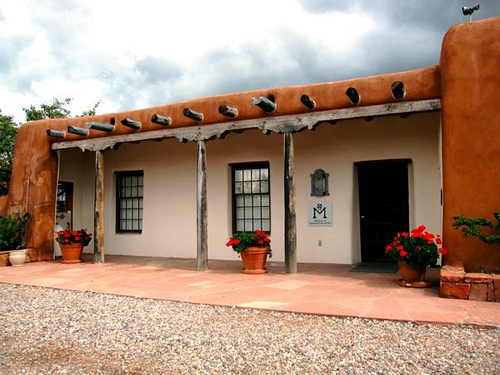 The Museum of Spanish Colonial Art collects, preserves, and exhibits the Spanish colonial art of New Mexico and beyond, and educates the public about its related cultures and living traditions. It is the only museum in the country dedicated to exhibiting and interpreting the art of the Spanish colonial period, with a focus on Hispanic New Mexico.

The Museum houses a collection of over 3700 pieces, including both historically-significant and contemporary works. The building itself, a Spanish–Pueblo Revival-style building, was designed by renowned architect John Gaw Meem in 1930.

Since the 1600s, Spanish colonial arts and crafts have been an important part of village life in New Mexico and Southern Colorado; however, by the early 1900s, the practice of these traditional arts was declining. In 1925, the Spanish Colonial Arts Society was founded in Santa Fe to encourage and promote Spanish colonial arts and crafts and to inform and educate the public about traditional art forms, about traditional art forms in both their historic and contemporary contexts.

Since then, the Spanish Colonial Arts Society has played a major role in developing markets for the artists, increasing public awareness, preserving Spanish colonial art, and emphasizing the importance of continuing community traditions.