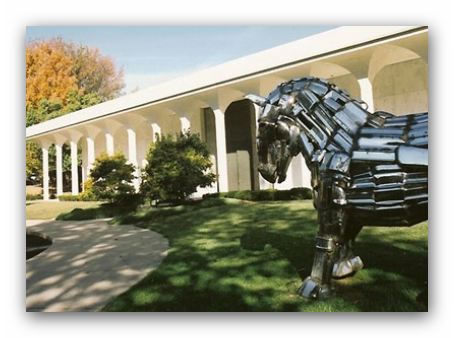 Cedarhurst Center For The Arts

Opened in 1973, the museum was built to house the founders' collection of late 19th and early 20th century American paintings and artifacts.

The original two-room museum has expanded into a 33,000-square-foot cultural center with four galleries displaying American paintings, works on paper, and sculpture.  One of the galleries exhibits works from the original collection which includes works by Thomas Eakins, Mary Cassatt, Childe Hassam, John Singer Sargent, George Bellows, Robert Henri, and others.