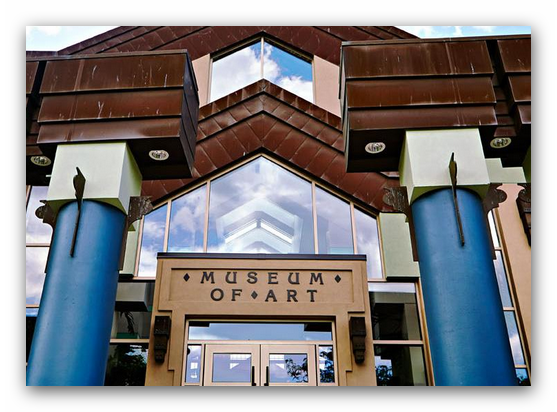 Originally housed in the Carnegie Library, when it was established in 1905 , the Cedar Rapids Museum of Art returned to the renovated Carnegie building and a 42,000 square foot addition in 1989.

The CRMA collection of more than 7,200 works of art spans time from Roman antiquity to the present. Holdings are particularly strong in American art, especially from the first half of the 20th century.

Highlights include a large collection of works by Grant Wood, a collection of Roman portrait busts, and an extensive print collection from the 15th century forward.