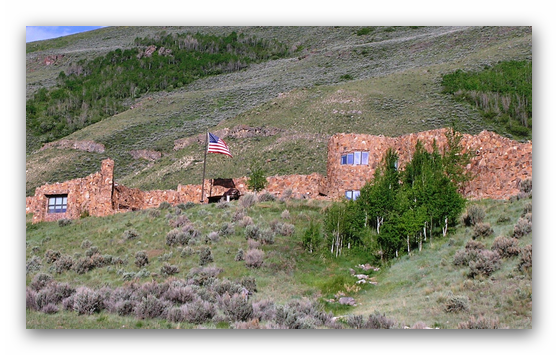 Dedicated to images of wildlife, the museum originally opened in 1984 in a smaller location on the town square. Collections are now housed in a 51,000 square foot building with Idaho quartzite façade inspired by the ruins of Slains Castle in Aberdeenshire, Scotland, echoing the rugged hillside behind the facility.

The collection of American art from the 19th and 20th centuries record European exploration of the American West. Holdings cover various genres including explorer art, sporting art, Romanticism, Realism, Impressionism, and Modernism. In addition to special exhibitions, there are five long term installations on view, including a gallery dedicated to the work of Carl Rungius, the most important big-game hunter and the first career wildlife artist in North America in the first half of the 20th-century.

The Sculpture Trail features nearly more than two-dozen permanent and temporary works of art and offers an ever-changing view of art in the wild. The museum also houses a library and archives.

Read our review of the National Museum of Wildlife Art in Art Things Considered - an Art Geek Travel Blog﻿.