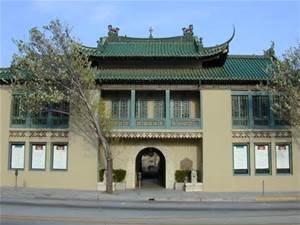 Constructed in 1924, the historic building that is home to the USC Pacific Asia Museum (USC PAM) will undergo a complete retrofitting to strengthen its foundation, as well as add approximately 700 square-feet of gallery space.

Established in 1971, the museum's collection of more than 15,000 objects, spanning more than four thousand years, focuses on the classic and contemporary arts of Asia and the Pacific Islands. The museum is also committed to scholarship and has produced more than 50 exhibition catalogues.

The collections are housed in the Grace Nicholson building, which is itself a significant part of the museum. Designed in the Imperial Palace Courtyard style used in major buildings in Beijing (Peking), the building is a walk through Chinese architectural history and tradition.

In 2013, the museum became part of the University of Southern California.