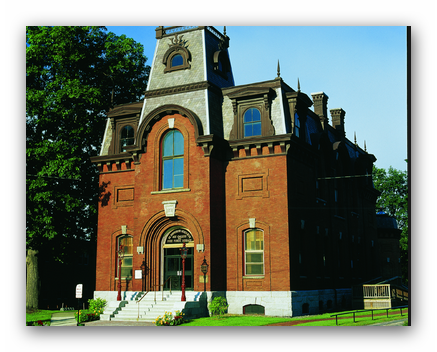 The Athenaeum collection holds more than 100 pieces of fine art. All are originals except for 15 copies of masterpieces by Van Dyck, Raphael, Dolci, Murillo, Rembrandt, Veronese, Bonheur, Fra Angelico, and Del Sarto.

The major part of the collection is American and European art from the late 18th- to mid-19th-century. The Hudson River School is well represented by such artists as Asher B. Durand, Jasper Cropsey, Sanford Gifford, James and William Hart, and western views by Samuel Colman and Worthington Whittredge.

Dominating the gallery is the magnificent canvas, ten feet by fifteen feet, of the Domes of the Yosemite, by Albert Bierstadt.