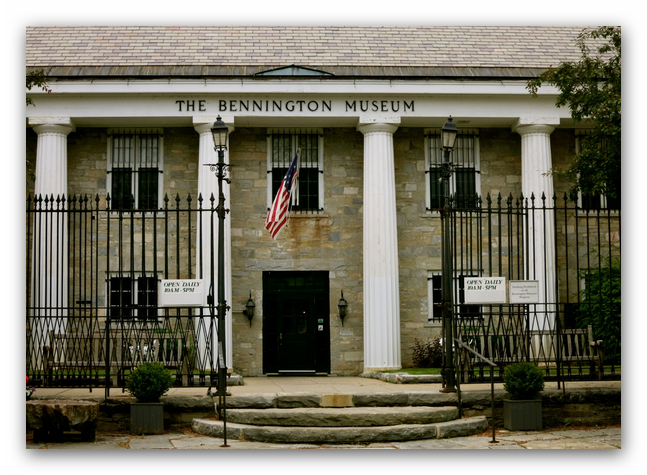 Bennington Museum focuses on Vermont creativity in all its forms, from the 18th-century to the present. The Museum holds more than 40,000 objects, reflecting the history of early Vermont and historical environs.

Notable is the collection of paintings by the American folk artist “Grandma” Moses, as well as a defining collection of 19th‐century Bennington stoneware, Vermont-made furniture. Textiles include one of the oldest “Stars and Stripes” in existence and the 1863 Jane Stickle Quilt featuring 5602 pieces.

Also of note is work of avant-garde artists (early 1950s through mid-1970s) who worked in and around Bennington exploring Color Field painting, Minimalism, an early Conceptualism, and even proto-Pop.