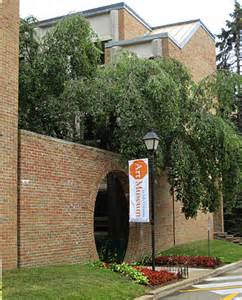 LaSalle has developed a collection of European and American art from the Renaissance to the present that document history with examples of most of the major art movements, and a wide selection of subjects. 19th-century American and French paintings is an area of strength, as is international Modern and Contemporary work.

The museum owns a number of special collections. The largest is the works on paper collection, and smaller holdings include illustrated Bibles, Japanese prints (19th-20th centuries), Indian miniatures, African carvings and implements, Pre-Colombian pottery and Ancient Greek ceramics. Items from these collections, often supplemented by loans from other museums, often form the basis for three or four temporary exhibitions each year.