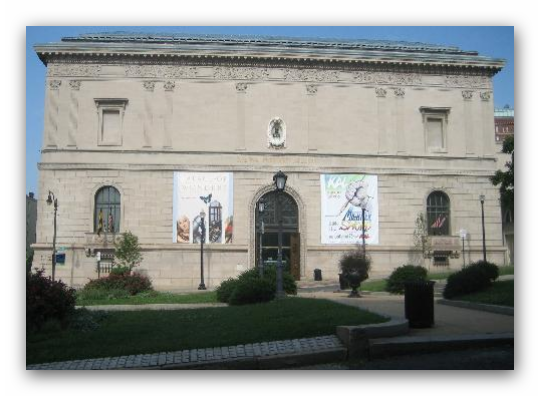 Installations evoke the original manner in which the art was displayed.

Created by William Thompson Walters and his son, Henry during the 19th and early 20th centuries. Henry inherited the collection, and expanded it including purchasing the contents of a palace in Rome that contained over 1,700 pieces. In 1900, he bought three houses on Charles Street and transformed the site into a palazzo-like building which opened to the public in 1909. He bequeathed the building and its contents to Baltimore "for the benefit of the public." The Walters Art Gallery, now the Walters Art Museum, opened its doors for the first time as a public institution on November 3, 1934.