Near East to Far West

Fictions of French and American Colonialism 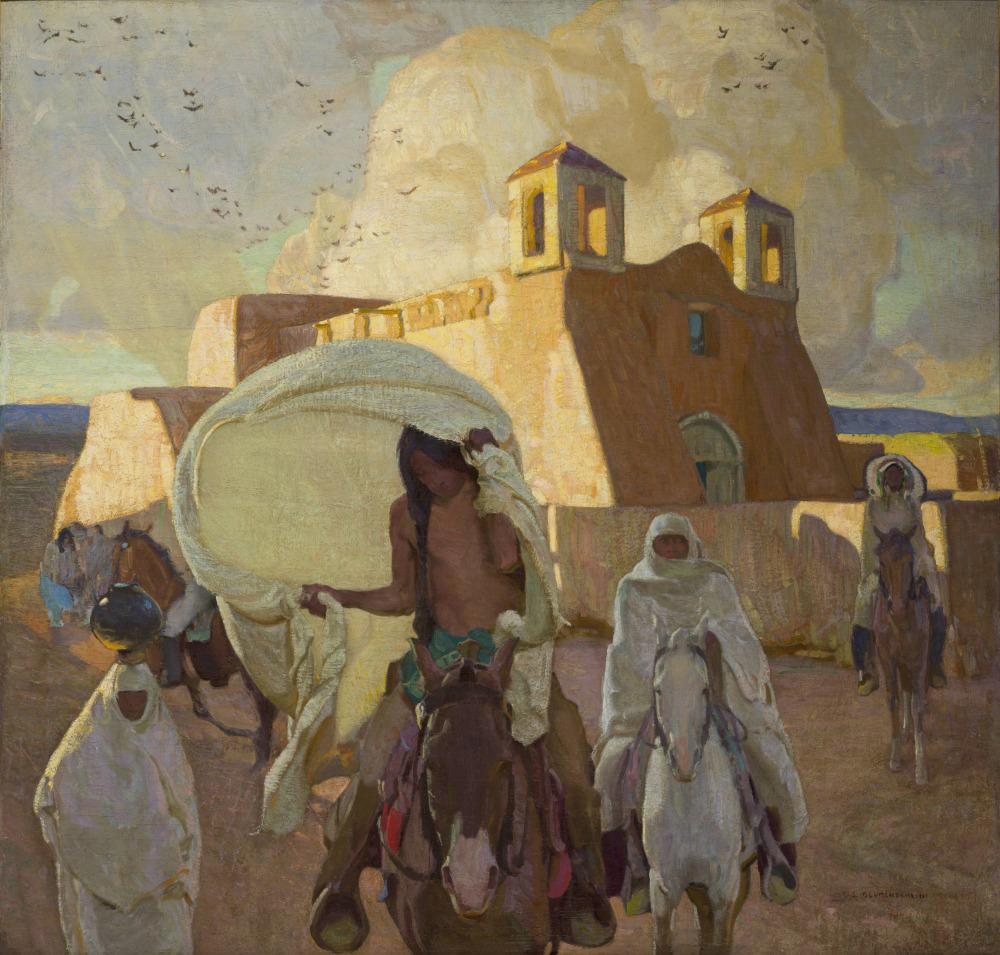 Near East to Far West: Fictions of French and American Colonialism presents more than 80 artworks exploring the the many ways that the style and substance of French Orientalism directly influenced American artists and their representations of the American West in art and popular culture during this period.​

French Orientalism refers to artworks produced by French artists during the 1800s inspired by North Africa and the greater Islamic world. Their creation paralleled French colonial expansion into Algeria beginning in the 1830s and, as the United States expanded westward, presented a template for how American artists depicted landscapes and people of the American West. As a result, the styles, motifs, and meanings of both French Orientalism and western American art reflect fears, desires, and curiosities about "unknown" lands during the process of colonization.

In Near East to Far West, visitors will be encouraged to compare the visual and historical aspects of French Orientalism and artworks of the American West and reflect on the impact of these representations into the present.