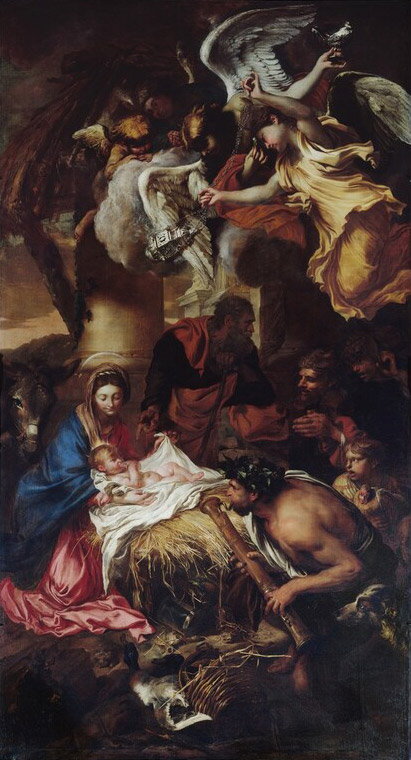 This exhibition, originally scheduled to open in May, 2020, has be postponed until sometime in 2021.

By the 17th century, Genoa was the banking center of Europe with a functioning republican government and enormous wealth that enabled its artists and their patrons to create a singularly rich and beautiful expression of baroque style, with works of extraordinary material sumptuousness, visual splendor, and exuberant feeling. The first major presentation of the Genoese baroque in the United States, this landmark exhibition—accompanied by a fully illustrated catalog—presents some 130 paintings, sculptures, decorative arts, drawings, and prints ranging from 1600 through 1750. ​​

Forming the core of the exhibition are works by the school’s well-known painters—Bernardo Strozzi, Giovanni Benedetto Castiglione, and Alessandro Magnasco—as well as key works by other Italians and foreigners drawn to the city’s flourishing environment—Peter Paul Rubens, Giulio Cesare Procaccini, Orazio Gentileschi, Anthony van Dyck, and Francesco Solimena. Some of the very finest works by such native painters as Valerio Castello, Domenico Piola, and Gregorio De Ferrari are also on view.

Monumental decorative ensembles from churches and residences are represented by corresponding oil sketches and presentation models, several grand in scale themselves. Also included are full-size statues by masters—Pierre Puget, Filippo Parodi, and Anton Maria Maragliano—terracotta sketches, and exquisite bronze repetitions of monumental groups, as well as spectacular ceremonial silver from early in the period.

Among the drawings and prints featured are many by the same artists who executed the paintings and objects, with some connected to them. These works reveal the striking characteristics of Genoese draftsmanship: complex techniques, pictorial elaboration, and autonomous function. In fantasy and fluency, the etchings—particularly those of Castiglione and Bartolomeo Biscaino—surpass those of any other Italian school.

The exhibition is organized by the National Gallery of Art, Washington, and the Scuderie del Quirinale, Rome, with special cooperation from the City and Museums of Genoa.