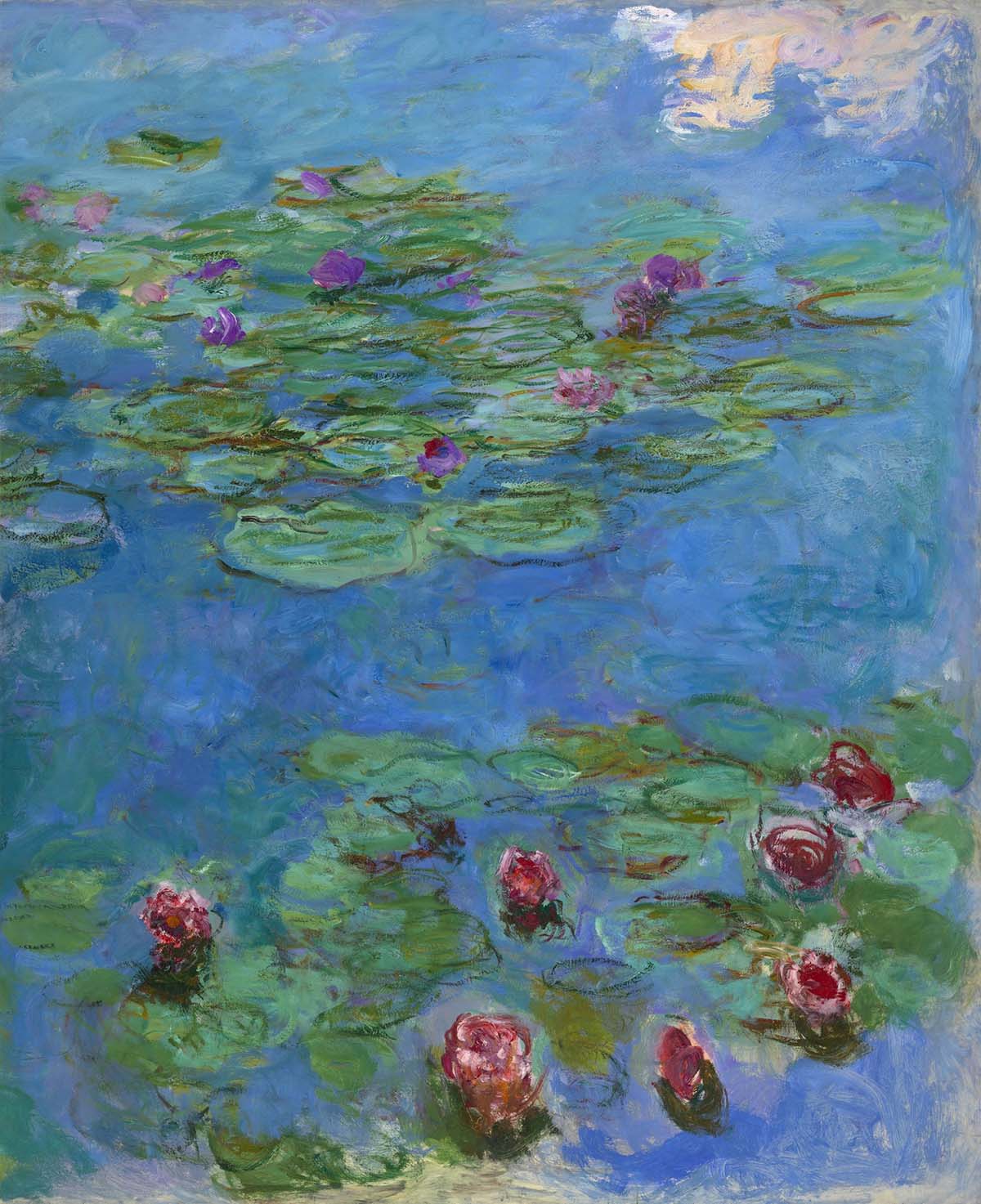 The exhibition will feature paintings by Claude Monet dating mainly from 1913 to 1926, the final phase of the artist’s long career.

During his late years, the well-traveled Monet stayed close to home, inspired by the variety of elements making up his own garden at Giverny, a village located about 45 miles from Paris. With its evolving scenery of flower beds, footpaths, willows, wisteria, and nymphaea, the garden became a personal laboratory for the artist’s concentrated study of natural phenomena.

The exhibition will focus on the series that Monet invented, and just as important, reinvented, in this setting. In the process, it will reconsider the conventional notion that many of the late works painted on a large scale were preparatory for the Grand Decorations, rather than finished paintings in their own right. Boldly balancing representation and abstraction, Monet’s radical late works redefined the old master of Impressionism as a forebear of modernism.

Whether ot not you go, the exhibition catalog, Monet: The Late Years, examines the last phase of Monet’s career, beginning in 1913, bringing together approximately 60 of his greatest works from this period. More specifically, this beautiful publication focuses on the series that Monet invented and reinvented at Giverny, reevaluating many large-scale works that have long been considered preparatory studies, reexamining their relationship to and status as finished works. Essays by a roster of distinguished scholars address topics such as Monet’s plans for displaying his late paintings, the mechanics of his painting technique, and the critical and market reception of these works. Through this visually stunning reassessment, Monet’s late works, still astonishing a century later, recast the titan of Impressionism as a forebear of modernism.


Select Monet: The Late Years to learn more, or to place this book in your Amazon shopping cart. Your Amazon purchase through this link generates a small commission that will help to fund the ArtGeek.art search engine.