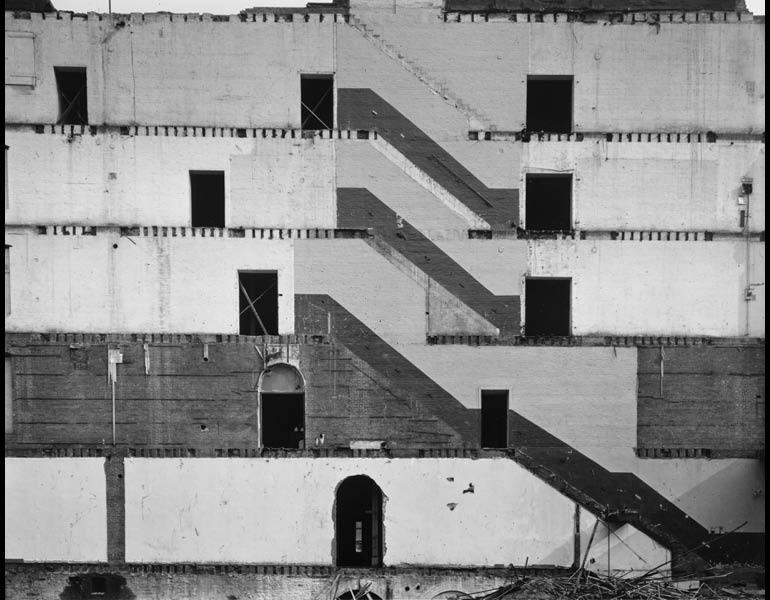 Already a respected photographer at age 25, Danny Lyon returned to his hometown of New York in 1966 and settled in Lower Manhattan. After observing that half the buildings on his street were boarded up, he learned that a 60-acre area encompassing one of the city’s oldest neighborhoods was slated for demolition. “I came to see the buildings as fossils of a time past. These buildings were used during the Civil War. The men were all dead, but the buildings were still here, left behind as the city grew around them. . . . For a hundred years they have stood in the darkness and the day. . . . Now, in the end, they are visited by demolition men . . . pulling apart brick by brick and beam by beam the work of other American workers who once stood on the same walls and held the same bricks, then new, so long ago.”

To preserve at least their memory, Lyon photographed each building and some of their occupants and demolition workers to create a personal, moving look at this tragic prelude to the creation of a new New York landmark: the World Trade Center. Comprising around 50 photographs from the museum’s collection,