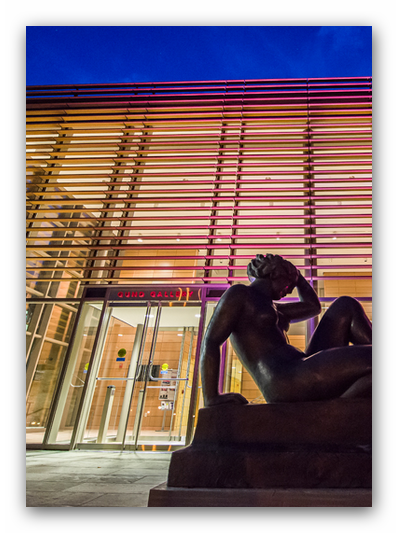 Belgian filmmaker and artist Johan Grimonprez‘s 2017 single-channel video blue orchids (48 min) exposes the haunting disillusionment of two men on either side of the truth about the international military industrial complex: one, Christopher Hedges, a former New York Times war correspondent; the other, Riccardo Privitera, an arms dealer. Hedges, an award-winning author, educator, Presbyterian minister and journalist who contributed to the Pulitzer Prize-winning team that reported on global terrorism in 2001, is also the author of numerous books on war, terrorism, democracy, capitalism and economic disparity. Privitera, a South African born to Italian parents, is currently serving a seven-year prison sentence for a fraudulent arms deal between Portugal and Poland, a deal he brokered through his now defunct company Talisman Europe Ltd. blue orchids, named after an escort service hired to help seal deals, was conceived and produced alongside Grimonprez’s feature length documentary about the global arms trade entitled Shadow World, based on Andrew Feinstein’s 2011 book by the same name. Hedges succinctly states on screen amid a montage of archival and historical imagery of 20th-21st century war and political pageantry: “The disease of permanent war is what’s destroyed the Middle East, not Islamic fundamentalism.”

Grimonprez (b. 1962, Roeselare, Belgium) studied at the School of Visual Arts (NYC), where he now serves as a faculty member, and in the Whitney Museum Independent Study Program. His work is in the collections of the Centre Georges Pompidou in France, Kanazawa Art Museum in Japan, National Gallery in Berlin, the Louisiana Museum of Modern Art in Denmark, among others. His award-winning projects have been featured in film festivals around the world and his curatorial projects have been hosted by the Whitney, Tate Modern, SFMOMA, the Pinakothek der Moderne in Munich, and others. In 2016, he won Best Documentary at the Edinburgh Film Festival (Scotland) for Shadow World.