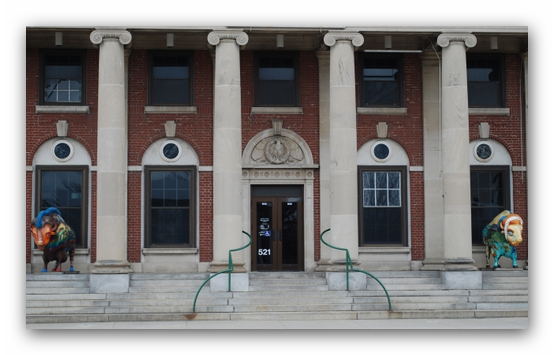 ​Guillermo Guardia uses the human figure as his main subject and form of art. The Baby Devils series started when Guardia was a graduate student at UND. The first ones were painted as wearing military camouflage and were a reaction to war and violence.

Guardia began coloring the baby devils as if they were wearing military camouflage and gave them weapons. Each one was different. He thought of them as playing hide and seek, finding each other to shoot and kill. Back then the baby devil was a direct response to the conflict in the Middle East, and all the political speeches to justify the military action. The baby devil figures combine the duality common throughout the world; ­man and woman, fire and water, day and night. In this case they are babies and are supposed to be pure and free of sin, but they have little horns and are mischievous. Today, they no longer are painted as wearing military camouflage and instead their bodies are covered in Peruvian Pre-Columbian designs. The designs are borrowed from the Mochica culture, a civilization that flourished in the coastal region of Perú from 200 BC to 700 BC.

The three portraits are Guardia’s attempt to depict members of the Grand Forks community. The portraits are covered with Mochica Pre-Columbian designs, and appear to resemble powerful and fearless goddesses and gods from ancient times.