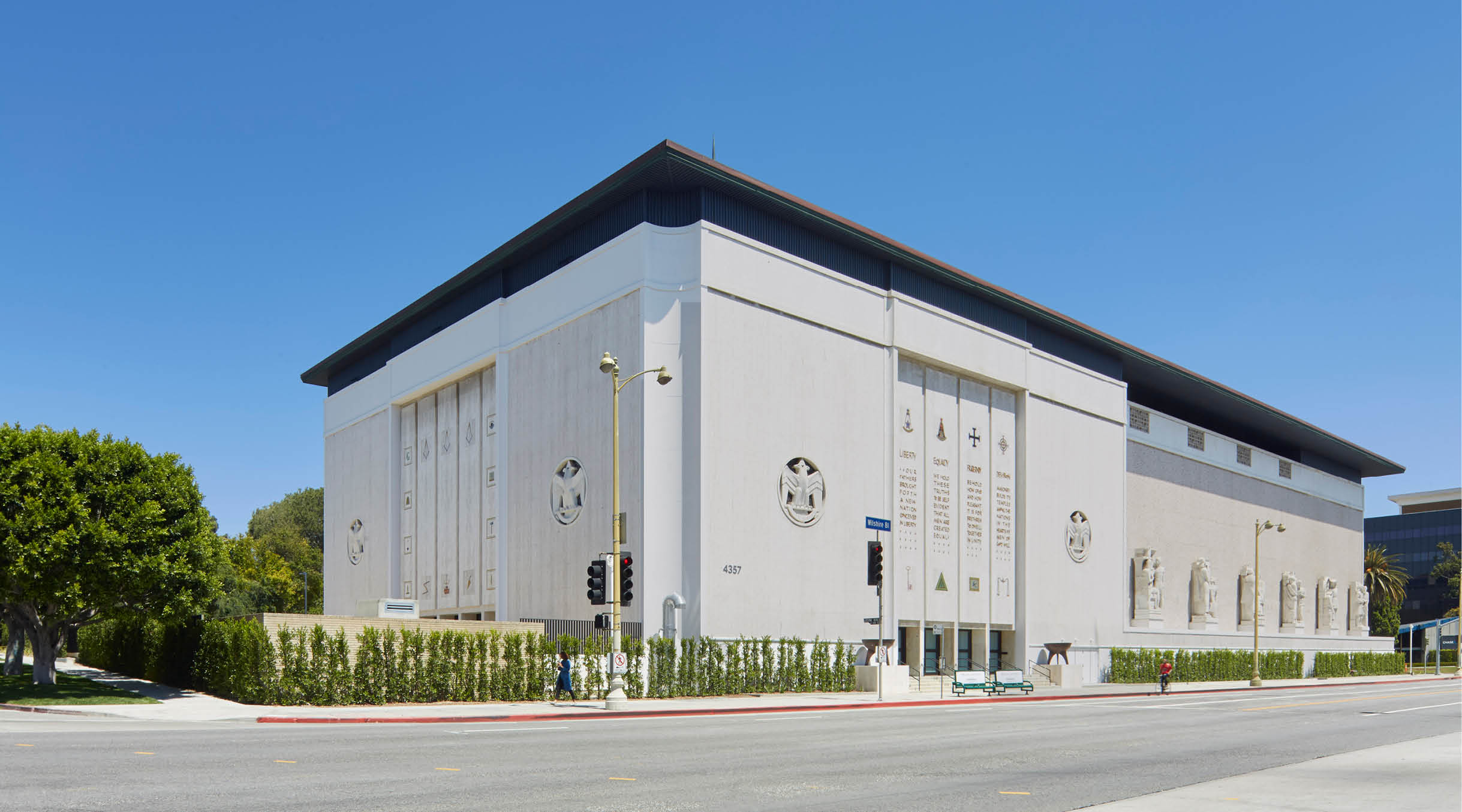 Jim Shaw: The Wig Museum highlights Shaw’s over thirty-year engagement with America’s social, political, and spiritual histories through the nation’s vernacular and fringe cultures. The Wig Museum is Jim Shaw’s first, long overdue, comprehensive solo exhibition in Los Angeles, home to the artist since the 1970s. The exhibition cuts across his entire body of work comprised of painting, sculpture, drawing, and installation

During the transformation of the monumental ‪Scottish Rite Masonic Temple, a rich array of material culture was discovered—furniture, stage sets, robes backdrops, costumes, wigs and regalia—left behind by the building’s original owners, Freemasons, a worldwide fraternal order dating back to the eighteenth century. Consistent with Shaw’s iconic practice of appropriating found images and objects, guest curator Philipp Kaiser encouraged the artist to consider these enigmatic artifacts, including the Freemasons’ monumental theatrical backdrops, as a starting point. Wigs and a distinctive interest for occultism and the esoteric have previously played important roles in Jim Shaw’s work.

As the namesake of Shaw’s show, The Wig Museum was specifically conceived for the inaugural exhibition and according to the artist can be understood as a metaphor for the wig wearing masonic and judiciary Anglo-Saxon power that is coming to an end.