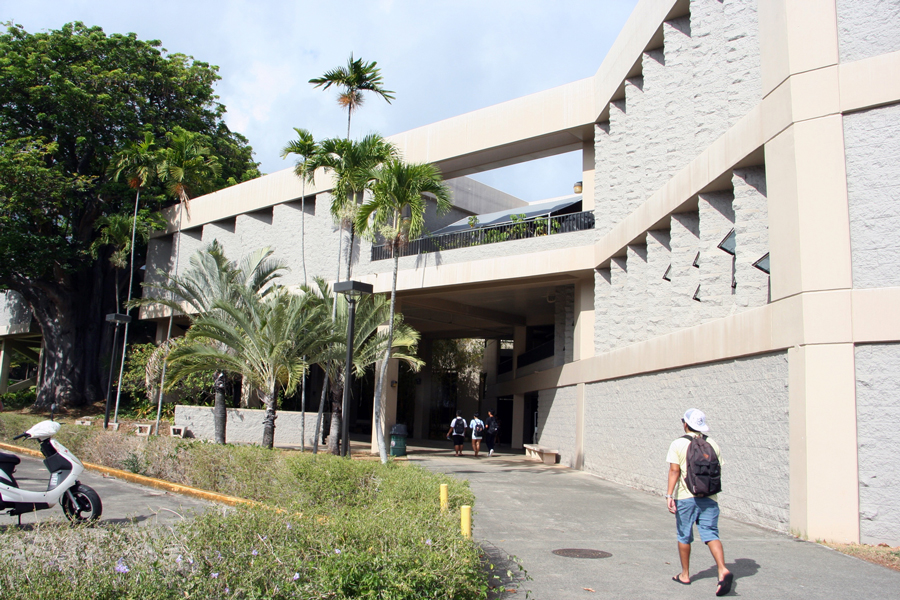 The Art Gallery at the University of Hawai‘i at Mānoa (UHM) presents a contemporary art exhibition that highlights the collaboration of French artist Stéfane Perraud and writer Aram Kebabdjian and their recent work in the Pacific islands.

Isotopia is a fictional volcanic island invented by trans-media artist Stéfane Perraud and writer/collaborator Aram Kebabdjian. They describe an island with a military base somewhere between the 62nd and 63rd parallels—far from the normal sea routes—and populated by a few scientists, inhabitants, and a few visionaries. Perraud and Kebabdjian first explored this mirage in 2014 during an exhibition in La Malterie, in Lille, France. At the Galerie de Roussan, Paris, 2015, they hunted for isotopes on Isotopia.

In October 2017, the duo intends to investigate the possible links between Isotopia and the Hawaiian Islands. Perraud and Kebabdjian employ literary and sculptural machines that depict the immense power of the isotope and the legacy of the development of modern nuclear energy. Faux artifacts of the Cold War tests and secret bases in the Pacific are presented as clues to nefarious military operations—lost fleets of secret submarines, errant nuclear missiles, and a mega-reactor producing the un-seeable phenomenon of Blue Gorgon.