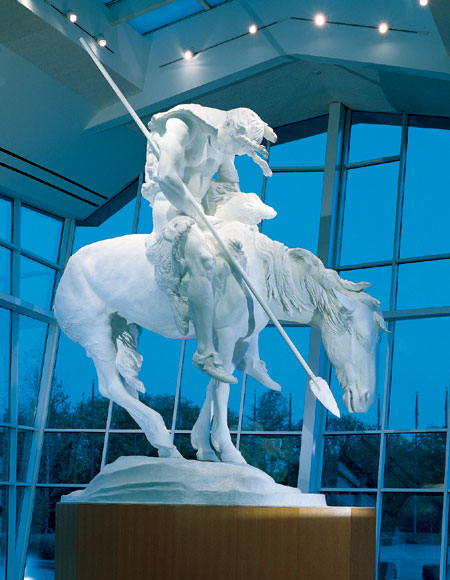 Acclaimed Western artist, Tom Ryan (1922-2011), spoke often in his later years about those who inspired him. N.C. Wyeth. Howard Pyle. Frank Reilly. Even Rembrandt—but a composition book and a handful of sketches from the Museum’s Dickinson Research Center reveal another influence—cartoons and comic strips.

Dating from 1936 to 1945, the small drawings provide a snapshot of Ryan’s high school and Coast Guard years. Original characters Dan the Cop and Joe Campion Jr. spring from his teenage imagination. A member of the track team agonizes on the school paper’s sports page. Ship decks and shipmates are satirized in the South Pacific. Regardless of subject, his creativity, talent, and humor are on full display. They entertained his friends more than 70 years ago. Now a new audience will be in on the joke.