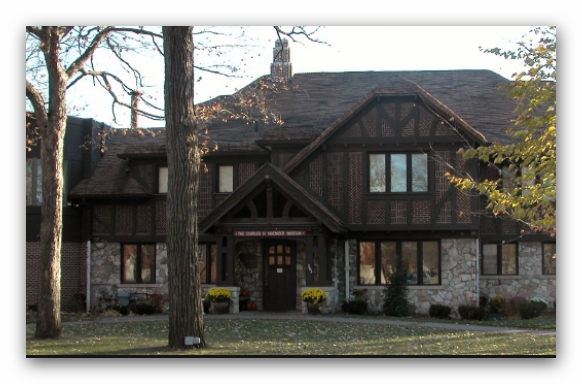 In Her Own Right: Marion Mahony Griffin

Marion Mahony Griffin (1871-1961) was one of America’s first woman architects, a Chicagoan also known as a skilled artist, environmentalist, and community activist. A central contributor to the Prairie School of Architecture, her drawings of the Unity Temple and many other projects introduced Frank Lloyd Wright’s early work to the world. Mahony Griffin was the first registered woman architect in Illinois who became a pioneer in architecture and community planning. A key member of Wright’s Oak Park Studio for 15 years, she and husband Walter Burley Griffin won the international design competition for Canberra, Australia’s national capital. This exhibition traces her early life, her personal and professional partnership with Griffin on three continents, the final years of her life in Chicago—and sheds light on the work and legacy of a Chicagoan of immense but often overlooked importance.

Whether or not you go, Making Magic: The Marion Mahony Griffin Story tells the story of a most unusual woman. She was the American woman who changed Australian history. She broke through barriers for women in architecture and spent 15 years working for Chicago architect Frank Lloyd Wright, in the formative years of the Prairie School of Architecture. Then she teamed up with Walter Burley Griffin working with him in winning the design contest for the new Australian capital city, Canberra. She was an architect, artist, environmentalist, social observer and community builder, yet her work has been constantly overshadowed by the famous men in her life. The first biography of Marion Mahony Griffin in her own right, Making Magic tells Marion's story. It dates back to the days of Abraham Lincoln who was friends with her grandparents as a traveling lawyer in Illinois. It follows the story of her life over three continents - America, Australia and India. And her love affair with her husband which produced such historic results. A woman with a fierce sense of idealism and a passion for nature, Marion always had a

mind of her own. She developed fine artistic and architectural skills which helped to make Wright and then Griffin famous. A woman in a man's world, she made history with her pioneering role as a female architect. Her creative work was sheer magic. Faced with her own challenges, she drew on her energy and creativity to refashion her role in a new country.