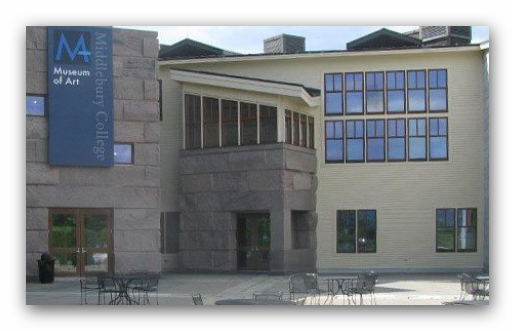 The Lovings, An Intimate Portrait: Photographs by Grey Villet

Drawing its title from the publication of photos by Grey Villet with a text by his colleague and widow Barbara Villet, Middlebury Class of 1952, this installation includes photographs of the aptly named Virginia couple whose interracial marriage was upheld by the Supreme Court in 1967. The photographs expand upon Grey Villet’s LIFE magazine article about the couple, which inspired the 2016 Academy Award-nominated motion picture “Loving.”

Whether or not you go, The Lovings: An Intimate Portrait documents the extraordinary love story of Mildred and Richard Loving. The Lovings presents Grey Villet's stunning photo-essay in its entirety for the first time and reveals with striking intensity and clarity the powerful bond of a couple who helped change history.

Mildred, a woman of African American and Native American descent and Richard, a white man, were arrested in July 1958 for the crime of interracial marriage, prohibited under Virginia state law. Exiled to Washington, DC, they fought to bring their case to the US Supreme Court. Knowledge of their struggle spread across the nation, and in the spring of 1965, the Life magazine photojournalist Villet spent a few weeks documenting the Lovings and their family and friends as they went about their lives in the midst of their trial. Loving v. Virginia was the landmark US civil rights case that, in a unanimous decision, ultimately ended the prohibition of interracial marriage in 1967.

The Lovings: An Intimate Portrait