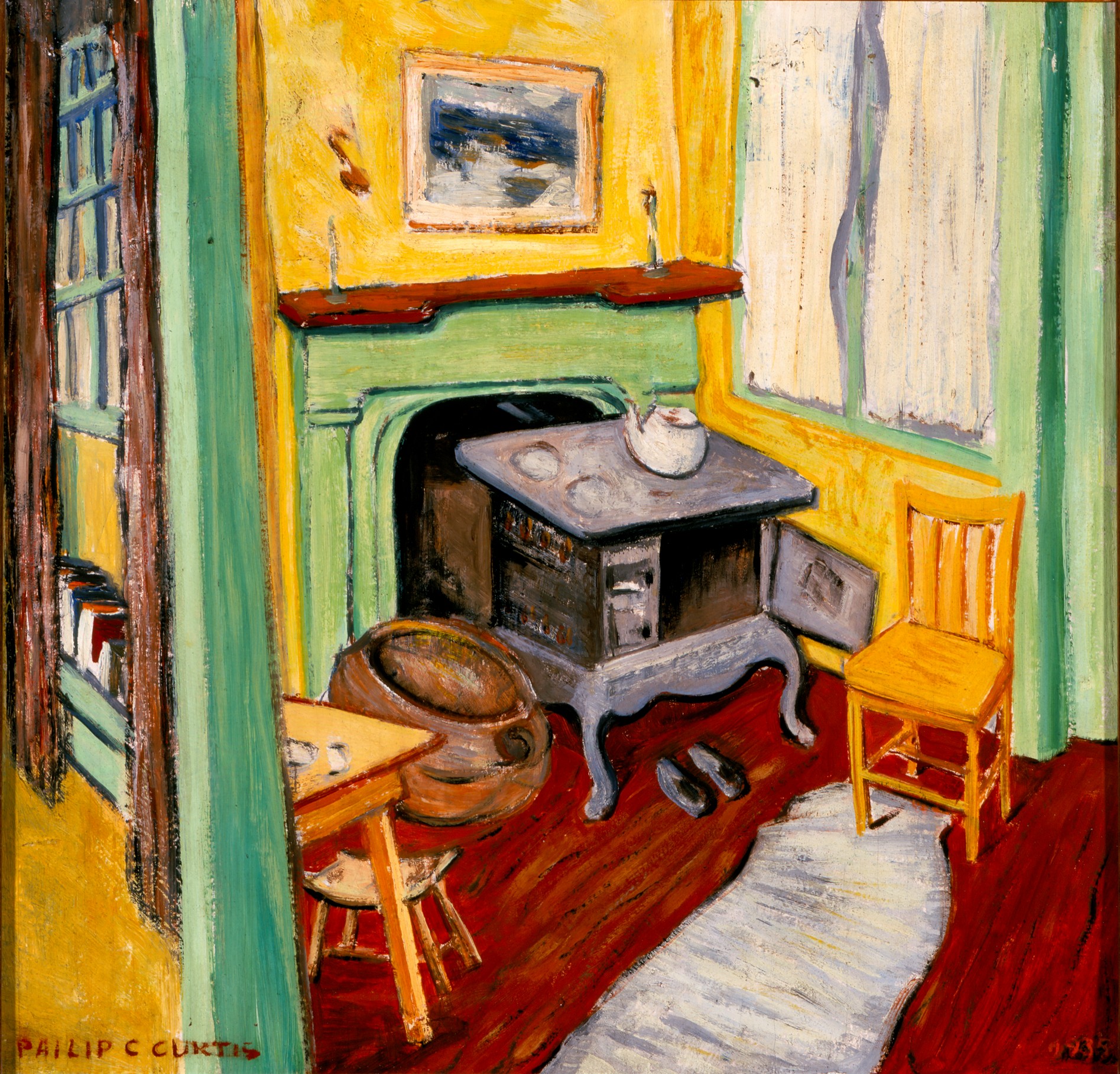 Philip C. Curtis: The New Deal and American Regionalism explores the story of one of Arizona’s most historically-significant artists from a fresh point of view, placing the beloved painter’s works within the context of the Great Depression decade of the mid-1930s through World War II. The exhibition highlights the work of Philip C. Curtis not only as a painter, but also as a museum administrator and arts advocate. His career exemplified the success of federal programs that fostered unprecedented artistic creativity across the country, and his efforts would ultimately change the course of Phoenix’s artistic legacy and institutions for many years to come.

This exhibition features works by Curtis before, during, and after his time in Phoenix, as well as works by other artists supported by federal programs including two of the Center’s teachers, Lew Davis and Kathleen Wilson. The broad scope of the exhibition touches on a web of themes, all interconnected through the art and personal history of Curtis within the era of the late 1930s to the end of World War II. The exhibition explores the different styles that Curtis experimented with, including Post-Impressionism and abstraction. Works by other artists touch on themes from Arizona geography and heavy industry to women artists, and Native American. Images of Arizona’s Japanese internment camps, instituted at the beginning of World War II, will be featured on text panels.

Whether or not you go, American Dreamer: The Art of Philip C. Curtis offers a window into the unique world of an artist too-little known. Curtis is an American original whose life and work have spanned and absorbed the art history of the entire twentieth century. Honored as one of "Arizona History Makers," Curtis and his meticulously crafted, charmingly enigmatic paintings are brushed with a surrealistic touch. But Curtis is an original. In his dreamlike works, the American Southwest desert becomes a stage for circus performers, musicians, and elegant figures straight out of Victorian melodramas. Strangely moving, his unique works are epics of creative fancy and technical merit.