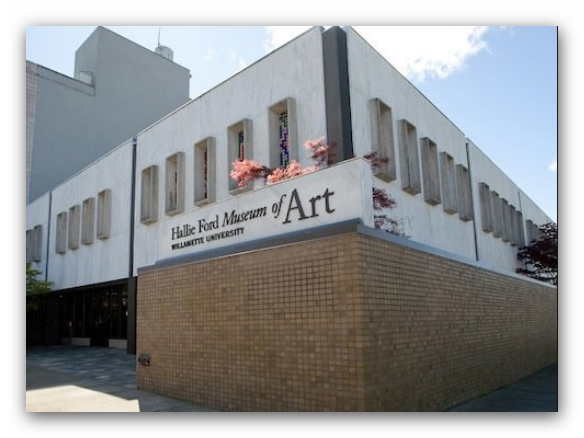 Organized by artist Gary Westford and drawn from his personal collection, Turned On!: American Blacklight Posters, 1967-71 offers viewers an opportunity to experience the fun of stepping into a 60s style blacklight room featuring 10 posters and an Op art dress.

In the late 1960s, poster artists experimented by using printing inks that fluoresced under blacklight bulbs that emitted ultraviolet light. In darkened rooms lit with these special lights, the blacklight posters appeared to glow and magically radiate their own light. The blacklight poster industry took off in studios all over the country, but was primarily centered on the West Coast.

These popular posters were marketed across the United States and were often designed in celebration of the liberation and freedom that was, in part, associated with the utilization of psychedelic drugs and the search for new or “alternative” realities. To that end, the subject matter of these posters included colorfully idealized visions of wild and idyllic “psychedelic” landscapes; images of handsome young hippies; rock stars such as Jimi Hendrix, The Doors, and Janis Joplin; Hells Angels bikers; Jesus Christ; the peace and earth movements; Native American, African American, and Mexican American heroes; and artfully complex non-objective geometric prints that referenced Op Artists’ use of high-intensity color contrasts.

The fashion industry also used fluorescent inks on clothing, as exemplified by the exhibition’s Op art Permapress synthetic dress made by Alice of California.

Westford says, “Within environments where blacklights were installed and where music was played, the movement of dancers who wore this clothing became dynamic and kinetic poetry in motion.”