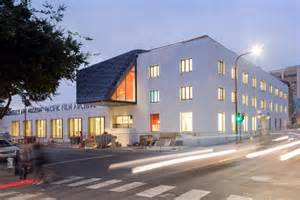 For more than fifty years, Irwin Kremen (b. 1925) has been refining the practice of collage. He came to the medium relatively late in life, at the age of forty-one, having already established himself as a professor of psychology at Duke University.

Kremen’s collages are composed of fragments of paper—sometimes no wider than a few millimeters—that have been torn off walls in public places in cities including London, Paris, Bruges, Rome, Florence, New York, Chicago, San Francisco, and Berkeley.

Because his collages are derived from advertisements and other signage, the fragments often include letters or numbers; however, these are never meant to be meaningful in a semantic sense. Rather, they simply provide a structural motif.

Whether or not you go, Beyond Black Mountain: Irwin Kremen (1966 to 2006) features the work of renowned artist Irwin Kremen’s collages, paintings, and sculptures, composed from such diverse materials as scraps of weathered paper, wasp nests, saw blades, and steel. Beyond Black Mountain: Irwin Kremen (1966 to 2006) is the exhibition catalog accompanying a retrospective covering forty years of the artist’s career.

A longtime North Carolina resident and Professor Emeritus of Psychology at Duke University, Kremen studied literature and writing with M. C. Richards at the legendary Black Mountain College in the mid-1940s. There he met John Cage, David Tutor, and Merce Cunningham, all of whom became close friends, artistic inspirations, and ardent supporters.

Kremen did not show his work publicly until a 1978 exhibition at the Southeastern Center for Contemporary Art featuring mostly small non-representational collages. In 1979 his works were exhibited at the Smithsonian Institution’s National Collection of Fine Arts, where they were received enthusiastically; the Washington Star heralded him as “an American master of collage” on the level of “Robert Motherwell, Anne Ryan, and Romare Bearden.”

The catalog includes full color illustrations of more than 100 of Kremen’s collages as well as twelve sculptures and three monumental pieces made over the past decade in collaboration with the Duke art professor William Noland.