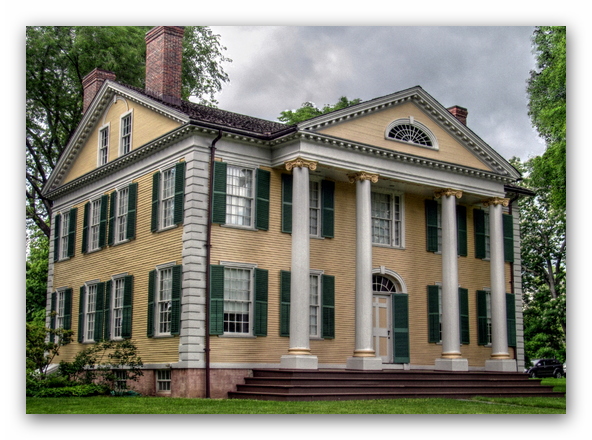 To accompany the exhibition Matilda Browne: Idylls of Farm and Garden, this gallery features examples drawn from the museum’s permanent collection and local lenders that provide a context for Browne’s animal painting. In 19th-century Europe and America, animal painting emerged out of the Realist tradition, grounded in the direct observation of nature and meticulous draftsmanship. While many animal pictures depicted hunting subjects or specimens of fine breeding, in France, the Barbizon school of painters sought to elevate the genre of landscape by immersing themselves in nature and creating romantic scenes which often included animals.

In the United States, Old Lyme’s bucolic environment attracted many animal painters inspired by this European genre. William Henry Howe, Henry Rankin Poore, Carleton Wiggins, and his student Matilda Browne arrived shortly after Henry Ward Ranger began to promote the area as an ideal spot for an American school of landscape painting similar to Barbizon. Browne, Howe, Poore, Ranger, and Wiggins had all trained in France or Holland, where they were introduced to the European tradition of animal painting, and they continued to seek out opportunities to incorporate animal subjects into narratives of rural life. Old Lyme’s animal painters found a welcoming environment. A 1903 newspaper noted, “Artists come early in the spring and stay late in the fall and fraternize with the farmers who raise sheep for their benefit, keep oxen for their good and cart home picturesque heaps of sedge and hay from the russet salt marshes that border the town on its southern side.”