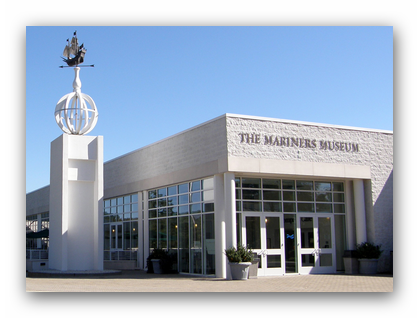 Speed and Innovation In the America's Cup

The America’s Cup is the world’s premier yachting race, a high-stakes “win-at-all-costs” international sailing competition. As the world’s oldest international sporting competition, predating modern olympics, the world’s best sailors and most advanced boats have competed for the coveted silver trophy since 1851. Single-hull boats, ranging from the massive J-boats of the 1930s to the 12-meter class that competed from the 1950s until the 1990s, were replaced in 2013 by double-hulled catamarans.

In this exciting new exhibition, visitors will explore hydrodynamics, see how J-foil dagger boards lift the boats above the water’s surface, and learn how the enormous wing sails power the boat and push it to speeds over 50 miles per hour. These technological advances allow these yachts to fly at near-highway speeds just above the water’s surface, making for very competitive and exciting races. Visitors will discover what it takes to be a crew member on an America’s Cup catamaran.

Speed and Innovation will also revisit the America’s Cup defense of 2013, recognized as one of the greatest comebacks in sports history. Oracle Team USA was down 8 races to 1, but they staged a dramatic comeback to successfully defend the trophy and win the 34th America’s Cup. Arguably the most exciting feature of Speed and Innovation is the centerpiece of the exhibition: the AC72 catamaran that won this race. Oracle Racing donated the yacht, now the largest boat in the Museum’s Collection.