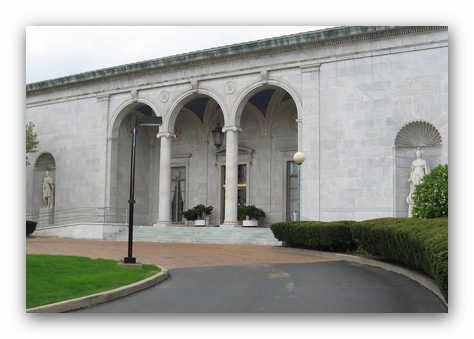 Anointed Time: Sculpture and Ceremonial Objects – Tobi Kahn is an exhibition of Kahn’s creative powers, fueled by his understanding of history and the belief systems that comprise it. His embrace of the sacred and the transcendent in his work carefully balances meticulous craftsmanship with his own artistic vision.

Kahn’s ceremonial objects, the remarkable sculptural pieces in this exhibition, embody both realms. They are powerful as formal objects and moving in their symbolic references. Beautifully crafted, these works extend the rich tradition of American sculpture while belonging to the contemporary world of conceptual art. Kahn is clearly a master of technique, but it is his artistic gift that moves us to better understand aspects of our world and our humanity.

Whether or not you go, Objects of the Spirit: Ritual and the Art of Tobi Kahn features elegantly crafted spiritual objects that are both functional and relate to individuals from every age, race, and ethnicity. Essays by leading art and Judaism scholars, curators, and writers illuminate the historical perspective on the art while analyzing Kahn's distinctive interpretation of ancient ritual.

Objects of the Spirit: Ritual and the Art of Tobi Kahn