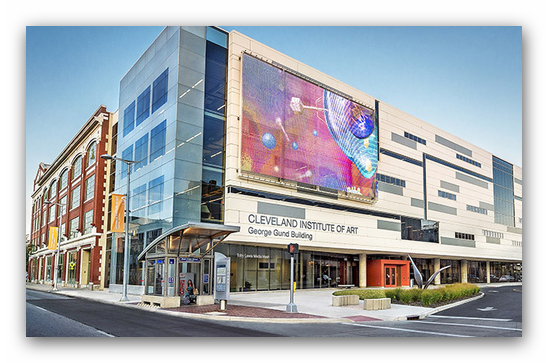 African American Works on Paper includes over 75 pieces of art, including prints, watercolors, drawings, and mixed media, produced by 64 artists, many of whom have gained national and international recognition but remain excluded or marginalized within most artistic canons. Gems of the Cochran Collection include Revolt on the Amistad (1989) by Jacob Lawrence, one of the most important artists of the 20th century. Commissioned by Aetna Life Insurance Co., the piece is Lawrence’s interpretation of the slave ship mutiny of 1839, an important rallying point for early abolitionists.The way he depicts violence shocks us. He knows how much the soul craves color.

In Mahogany Hall (1989), Joe Overstreet plays call-and-response with a jazzy riff reminiscence of Louis Armstrong's Mahogany Hall Stomp for the Okeh label in New York in 1929. Ostensibly simple abstractions evoke fragility in Bob Blackburn's Undated lithograph. In an impressively elegant acrylic on paper Untitled (1973), Alma Thomas suggests that a mystical universe may lurk at the edge of bliss. With equal gusto, if not equal brilliance, Mildred Thompson’s series of five 1989 etchings titled The First Mystery, The Second Mystery and so on, bolster the tacit argument that African America art often languishes in a blind spot of art history.

African American Works on Paper includes Cleveland Institute of Art alumni William E. Smith and former CIA faculty Moe Brooker alongside well-known artists Romare Bearden, Faith Ringgold, Sam Gilliam, Elizabeth Catlett and Howardena Pindell. But even the relatively unknown — John Wilson, James Wells, Marvin and Morgan Smith, Beverly Buchanan and Trena Banks — enhance the collection’s sense of purpose. Part of the beauty of the collection lies in letting the work stand on its own. The effect is that of an engaged, edified, and quiet indictment of art canon.

Wes and Missy Cochran have devoted their lives to supporting the arts, artists and collecting. For almost 30 years, the Cochran’s have organized traveling exhibitions from their collection and made them available to museums and university galleries throughout the country. The Cochrans compiled African American Works on Paper during years of intense study, consultation with artists and curators, and studio and museum visits.

African American Works on Paper both exalts and questions memory, documentation, and cultural legacy, retroactively and from now on.