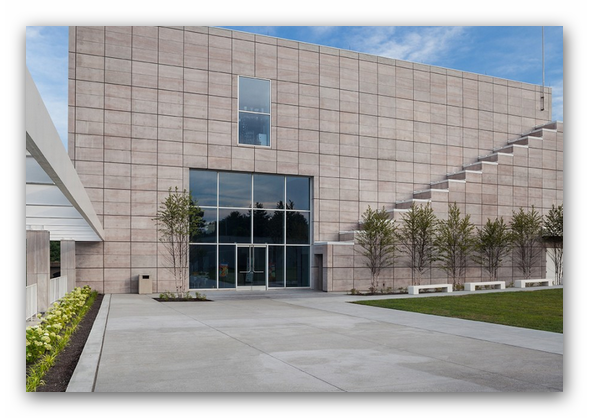 from the KMA Collection

Gathering Light includes approximately 40 of Delaney’s paintings and drawings—nearly all of which have never before been on public view—that were purchased from the artist’s estate between 2014 and 2016 in what is likely the most significant art acquisition in the KMA’s history.

Delaney is widely considered the greatest artist Knoxville ever produced, and one of the most important American abstract painters of the late 20th century. The portraits, landscapes, and abstractions featured in Gathering Light provide a fascinating cross-section of the artist’s stellar career and demonstrate his ability to distill scenes of everyday life into explorations of the expressive power of color. Complementing these is a selection of paintings from the artist’s estate that the KMA hopes to acquire.

Whether or not you go, Amazing Grace: A Life of Beauford Delaney illuminates the work and milieu of a major black talent and gives us a portrait of a man spiritually devoted to his art. Described by those who knew him best as a Buddha, a Merlin, and "a cross between Brer Rabbit and St. Francis of Assisi," the artist Beauford Delaney was anything but ordinary. James Baldwin, his closest friend, wrote that "He has been starving and working all of his life--in Tennessee, in Boston, in New York, and now in Paris. He has been menaced more than any other man I know by his social circumstances and also by all the emotional and psychological stratagems he has been forced to use to survive; and, more than any other man I know, he has transcended both the inner and the outer darkness." Indeed, these themes--grinding poverty, excruciating psychological torment, and the transcendence of inner and outer darkness through the light of his art--give shape and drama to Beauford Delaney's most extraordinary life.

In many ways, Delaney's life focuses the major currents of twentieth century art. The author quotes generously from the journals, notebooks, letters, and critical reviews, tracing Delaney's movement away from representation--the street scenes and portraits of his "blues aesthetic"--into the abstract paintings where his dominant concern is with the "architecture" of color and a religious sense of light that "held the power to illuminate, even to redeem and reconcile and heal." Along the way, we're treated to a wealth of delightful anecdotes--Delaney in the manner of a Zen master telling James Baldwin to look at the water standing in a gutter; William de Kooning trying to tell Delaney how to market his work better and Delaney responding by rolling his eyes, patting de Kooning on the shoulder, and saying "Bless you, child"; Delaney immersed in the cafe life of Greenwich Village and Montparnasse, painting in his unheated studio in a parka and wool hat, giving away to friends and strangers what little money came to him.