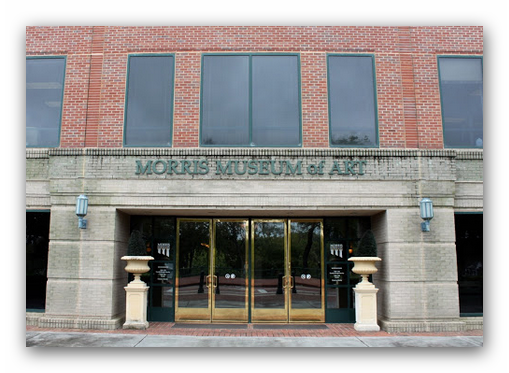 American Paintings from the Collection of Wesleyan College

This beautiful exhibition, drawn from the collection of Wesleyan College in Macon, Georgia, features late nineteenth and early twentieth century paintings by many of the leading artists of the era. The core of Wesleyan’s collection was donated to the college during the 1930s–1950s by distinguished painter and Wesleyan alumna Helena Eastman Ogden Campbell (1879–1964). Mrs. Campbell, who was born in Eastman, Georgia, graduated from Wesleyan shortly after the turn of the century. After her graduation she went to Paris to study with Lucien Simon before moving to New York, where she opened a studio and embarked on a long and successful career as a portrait painter. She also painted landscapes and still lifes.

In 1934 she began to contribute to Wesleyan her own paintings and paintings that she had collected during her years in New York and Paris, and she encouraged her friends to do the same. The collection remains a testament to her commitment to painting and collecting and her leadership in the New York arts community.

The more than thirty paintings included in the exhibition offer a window into the styles and techniques taught at some of the most prestigious studios of New York City and Europe during the early 1900s. The collection, though highly personal in nature, is reflective of major trends, albeit of a conservative sort, in American art of the period.