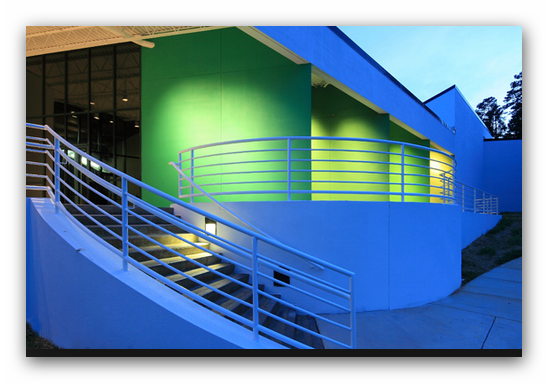 SoundSeen + Remix is an exhibition in two sequential iterations. SoundSeen will open at the Hanes Gallery (February 6), followed by SoundSeen: Remix at SECCA (March 16), presenting different works by the same three artists; John Cage, Anthony Braxton, and Christian Marclay. Visitors will have the opportunity to see both parts while they are on view simultaneously at Hanes Gallery and SECCA from March 16 through March 26.

The paired exhibitions take as their starting point the "graphic score" – musical ideas presented less with standard musical notation than as images. The resulting works range from the geometric and diagrammatic to the gestural and the found.

There is a rich recent tradition of the graphic score. This exhibition will focus on three diverse artists, including one of the first to regularly use this approach; John Cage. As both a musician and visual artist, Cage created works where the score has the qualities of a drawing and his drawings and prints can be seen to have the qualities of music and sound.

1994 MacArthur "genius" Fellow and 2014 National Endowment for the Arts Jazz Master Anthony Braxton has, from early in his performing life, created graphic scores as a way to visualize sound, space, performers' positions, and time. These scores range from geometric to gestural graphic notations, but also include humorous drawings and collages. His music has evolved to encompass a full spectrum of scales, from solo and small groups to opera, and employs several different "systems" which joyfully erase the boundaries of genre and enthusiastically draw from many wells of music and "sound" traditions.

2011 Venice Biennale Gold Lion winner Christian Marclay is familiar to many from his 2010 work The Clock. Marclay was also one of initial "turntablists" in the late 1970s. His body of work is multifarious, ranging from sound to video, sculpture and two-dimensional work, but almost all of it is concerned with "seeing" sound and "hearing" images. Almost no "aural" material or popular cultural ephemera has escaped his interest, from puzzle-cut records, to juxtaposed album covers, altered instruments or comic book imagery.