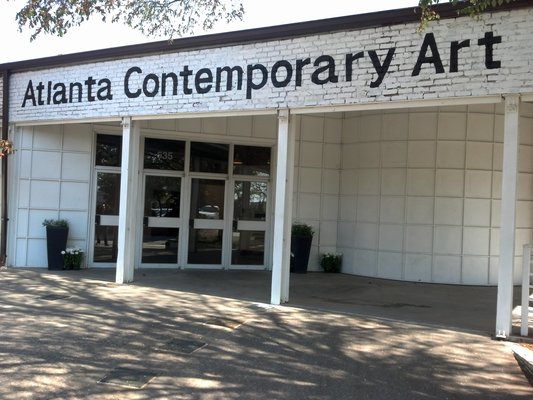 Founded in 1973 as an alternative to the more established art and culture hierarchy – Atlanta Contemporary was founded on the principles of engaging in experimentation and risk-taking through varying exhibitions, programming, and support of working artists. Our founders created an artist-run space in the truest sense of the term.

Here in the South, we do not see an overabundance of art institutions dedicated to the art of our time, which makes exhibitions, performances, screenings, and publications that emerge from artist-run spaces even more important, more vital to what our region has exposure to. Atlanta Contemporary wants to shine a light on some of the current crop of exceptional artist-run spaces operating in our region. Located in our former SHOP (Gallery 6), we invite these spaces for a two month take over. They will have carte blanche to exhibit, play, and experiment. We look forward to seeing how these spaces reflect, expand, and update the ethos of our own early days.

Is this poisoned meadow, where the heifers

And slowly walk towards their poisoned well

Lexington’s art community is extraordinarily prolific and interconnected, but artists from here are rarely shown outside of regional art centers. This relative seclusion has led to the development of a geographically specific style that is seen today and can be traced back at least to the early 70’s. Anxious, baroque forms and compulsive tendencies of collecting or producing objects define these artists’ practice. The relationships between these artists extend beyond theme and tendency and also, perhaps most importantly, take place in the real world. They collect each other’s work and have maintained long term friendships.

Four of the artists included in this exhibition have structured their entire homes as works of art. The first, Charles Williams, filled his yard and home with bizarre structures that were both utilitarian and ornamental. Bulbous lamps and molten pencil holders were scattered among painted plywood cutouts of cartoon characters and ersatz machines meant to bend time and space. Robert Morgan and Louis Zoellar Bickett, both of whom knew Williams, furthered this approach to living and making with very different end results. Bickett is a meticulous cataloguer of the world around him and has, over the last forty or so years, created an immense, impenetrable record of his life in his home, dubbed The Archive. Morgan on the other hand, has arranged found objects and detritus into lush and gaudy assemblages, sculptures, and installations that populate his maze like living space. Mike Goodlett’s home on the outskirts of town is spartan by comparison, a chasm of light and shadow populated almost exclusively by his voluptuous sculptures and drawings, and a few sculptures by both Morgan and Williams. The remaining artists in the show have engaged with this lineage directly. Lina Tharsing grew up around Bickett and Morgan and is a close friend of Goodlett’s. Robert Beatty’s work engages directly with Goodlett’s fluid, strange forms. James Baker Hall and Guy Mendes have photographed and documented nearly all the participants, developing close personal relationships with many of them.

In keeping with the dense relationships, both biographical and thematic, that connect these artists to one another, we will be creating an interior domestic space mirroring the aesthetic that has been developed in Lexington over the last 50 years