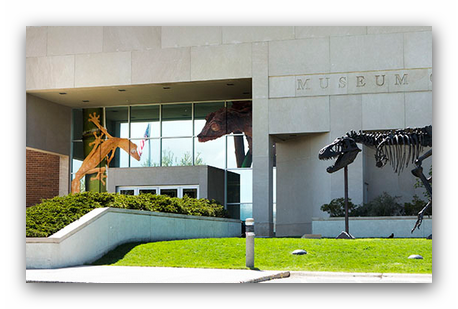 Guitar, the Instrument That Rocked the World

Guitar: The Instrument That Rocked The World offers attendees an entertaining, engaging, and hands-on experience with one of the most important cultural icons in history: the guitar. The exhibition is comprised of three elements: the science of sound; the evolution, engineering, and design of the guitar; and its cultural impact. The Exhibition engages visitors in an experience that is visual, tactile, and aural. Guitar, the Instrument That Rocked the World has it all: Music. Science. History. Pop culture. Video. Education. Interactives. Games.

It has an immense cool factor and is designed from the outset to attract all age groups – from individuals to families. Kids, teenagers, adults . . . every age group has its connection to the guitar, from classic rock songs and concert memories onto film soundtracks and video games. And the guitar has no boundaries: every form of popular music features the guitar. To date, over 1,000,000 people have seen the exhibit!

Whether or not you go, Ultimate Star Guitars: The Guitars That Rocked the World, Expanded Edition first published in 2010, is the first-ever illustrated history of the specific guitars of the men and women who made the music. Expanded to include 32 additional iconic guitars and their owners. Ultimate Star Guitars showcases B.B. King';s "Lucille," Eric Clapton's "Blackie," Stevie Ray Vaughan's "First Wife," Billy F Gibbons's "Pearly Gates," Neil Young's "Old Black," and dozens more.

Other best-selling guitar histories look at the rank-and-file models, but Ultimate Star Guitars is unique in profiling the specific favorites of famous players - oftentimes million-dollar babies, such as the 1968 Stratocaster that Jimi Hendrix burned at Woodstock and which sold at Sotheby's in 1993 for $1.3 million. Guitar journalist Dave Hunter explains the stories behind each: the important sessions on which they were used, landmark tours and gigs on which they were played, modifications made by their owners, and more.

From twangy country to scorching metal, from full-throttle punk to sophisticated jazz, and from gut-punch blues to lo-fi indie rock, Ultimate Star Guitars is illustrated with performance and candid photography of the artists with their star guitars, relevant memorabilia, and more often than not, studio shots of the guitars or signature models based on them. An information-packed visual feast for guitar enthusiasts!