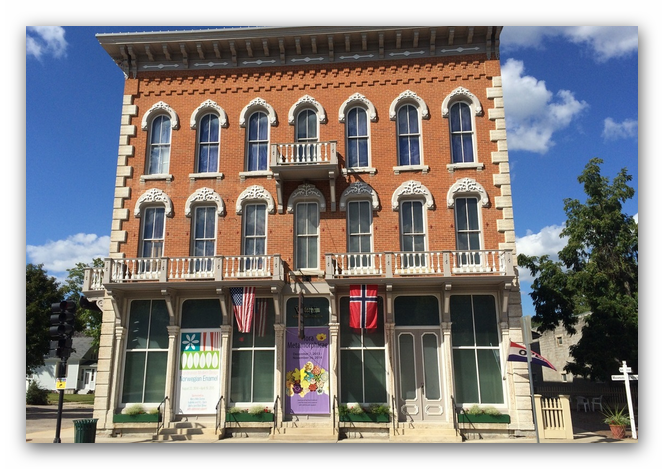 Join us as we celebrate this major milestone of the groundbreaking Vesterheim Folk Art School!

Learn about the history of Norwegian folk arts, explore how Vesterheim has helped preserve and promote them, and imagine what the future holds for Norwegian-American folk arts. The exhibition also features the works of artists who have taught and studied here.

Launched by previous director Marion Nelson, the Vesterheim Folk Art School began in 1967 just as traditional American and ethnic arts and crafts were becoming very popular. Visit the exhibition to discover more about this unique community and how it has supported creativity, cultural exchange, and growth for so many people over the last 50 years!

Whether or not you go, Norwegian Folk Art: The Migration of a Tradition showcases fanciful wood carvings, tableware and furniture adorned with rosemaling, snowflake-patterned knitted garments, and costumes with white Hardanger embroidery. The unique highly organic designs that characterize Norwegian crafts have captured the admiration of collectors around the world. In this fascinating study of the migration of the folk art tradition from Norway to America, 239 colors photographs display objects that span four centuries and include some of the finest holdings of the Norwegian museums, valuable family heirlooms brought to America, and 20th-century works created by Norwegian-American artisans.

Norwegian Folk Art: The Migration of a Tradition