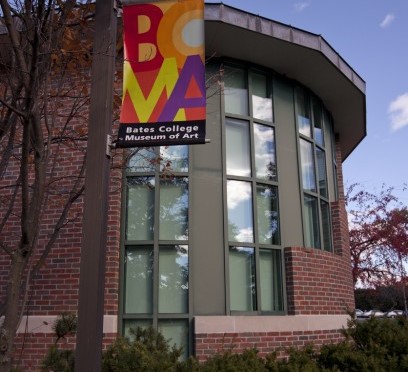 At Home and Abroad: Works from the Marsden Hartley Memorial Collection

Drawn from the museum’s renowned Marsden Hartley Memorial Collection, as well as select loaned works, the exhibition At Home and Abroad will explore aspects of Hartley’s life and artwork, from his childhood in Lewiston, Maine and some of the influences from his youth, to his time spent in Europe, particularly his visits to Germany and France, between 1912 and 1930. These were important years for Hartley, during which he absorbed the influences of numerous artists, artistic movements and expatriates.

Born in Lewiston, Maine, in 1877, Edmund (Marsden) Hartley is considered to be one of America’s most important modernist painters. Although he left Lewiston in his teenage years and lived an itinerant life, Lewiston was integral to the artist’s identity, manifesting itself in his travels, art, and writing. Maine remained a touchstone for Hartley, who declared himself “the painter from Maine” shortly before his death in Ellsworth, Maine, in 1943.

[....] The entire collection, over 400 objects, includes early oil sketches by Hartley, works by other artists in Hartley’s personal collection, Coptic, Mexican and Asian textiles, a variety of cultural objects such as pre-Columbian pieces, Luristan bronzes and antiquities, photographs, the artist’s personal library, and ephemera. The variety of the collection is part of what makes it significant, allowing comparisons among artworks, textiles, objects, and written works and providing opportunities for insight into this important American modernist. [....]

Whether or not you go, Marsden Hartley: American Modernist describes Marsden Hartley (1877-1943), a painter, poet, writer and pioneer of American modernism. Born in Lewiston, Maine, he lived a peripatetic life, working in Paris, Berlin, New York, Mexico, New Mexico, Bermuda, and elsewhere before returning to Maine in 1934. This illustrated reference encompasses the extraordinary range and depth of Hartley's creative output. Some 75 of his works - landscapes, still lifes, portraits and abstract paintings - demonstrate the visual power for which Hartley gained acclaim as well as the development of his art over the course of his 35-year career. The work gathers together scholarship on Hartley's work, discussing such topics as the artist's working methods, his self-portraits, the influence of Cezanne on his work, and Hartley's attitudes toward Native Americans. A chronology of his life is included, and each painting is accompanied by a full catalogue entry.