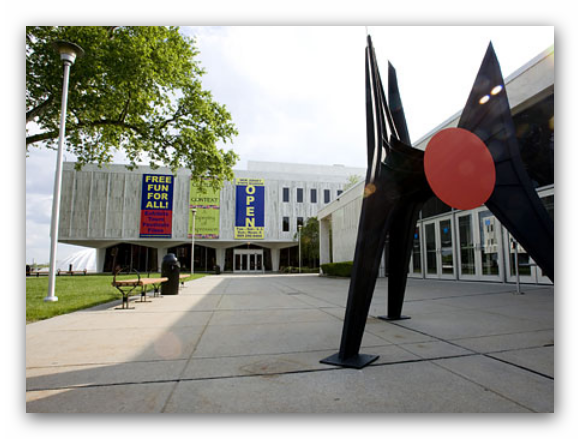 Embattled Emblems: Posters and Flags of the First World War

Timed to commemorate the 100th anniversary of the American intervention in World War I, this exhibition showcases posters and flags used to stir patriotism and support the cause of war. These are two important collections that are rarely seen by the public.

On the eve of World War I, President (and former Governor of New Jersey) Woodrow Wilson faced the difficult task of transforming a peace-minded American people into a populace willing to make supreme sacrifices for the country. Replete with patriotic images and rhetoric, posters used the power of illustration art to raise money for the war effort and induce change in the American mindset towards war.

Likewise, the American Expeditionary Force used the flag – a crucial patriotic military tool for centuries – in order to instill identity and pride in regiment, army, and country. The flag constituted another highly-visual, motivational device – a device that, like printed posters, functioned to reinforce American commitment to the cause of war.

Whether or not  you go,  World War I in 40 Posters, published during the war's centennial, is the story of the First World War through forty propaganda posters. Essays explain each poster, unpacking the visual imagery and setting the poster within the military, political, social, and cultural history of the war.

Informative, provocative, and entertaining discussion of posters that are historical documents and works of art

Tracks the history of the war, from mobilization and recruitment to war bond drives and efforts to sustain morale amid costly battles

World War I in 40 Posters