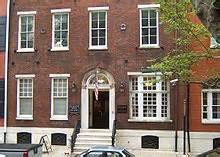 Recent Acquisitions from the Bequest of Maurice Sendak

The great author and illustrator Maurice Sendak (1928-2012) was an avid book collector as well as creator, and amassed a remarkable personal library of rare books during his lifetime. A longtime friend and supporter of the Rosenbach, becoming a trustee in 1973 and later serving as honorary president, Sendak bequeathed the museum and library more than 600 rare editions which enhance the Rosenbach collection in many important ways. Through selected objects from this collection, Recent Acquisitions from the Bequest of Maurice Sendak will explore not only the literary and historical significance of these books but also why they were meaningful to their collector.

Representative objects include:
Prints and illustrations designed by the Romantic poet and artist William Blake, such as Illustrations of the Book of Job (1826), one of his major accomplishments as an engraver, and Ballads by William Hayley (1805), which includes engravings hand-colored by Blake himself.
Colorful three-dimensional books by Lothar Meggendorfer, a German illustrator who essentially invented the pop-up book. One notable example is Internationaler Circus (1887), a magnificent creation which folds out to form the entire circus ring.
Rare editions by celebrated American writer Herman Melville, including Timoleon (1891), which was printed in an edition of only 25 copies shortly before his death.
Books written and illustrated by beloved children’s author Beatrix Potter, such as editions of The Tale of Peter Rabbit (1901) and The Tailor of Gloucester (1902) which were published privately by the author before she attracted a commercial publisher.