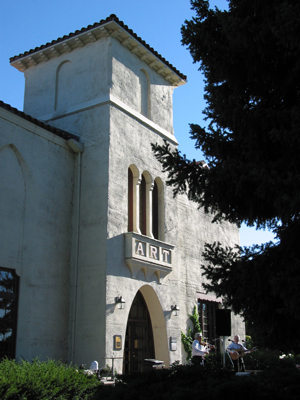 This exhibition features a selection of George Beard's photographs, re-mastered and printed with fidelity to the highest standards that George Beard would undoubtedly have approved. The fine quality of these prints bears witness to Beard's masterful photographic technique - the skillful use of light and shade and the painstaking attention to detail that he brought to his original photographic compositions has earned him a place among the greatest photographers of the American West.

George Beard (1855–1944) travelled from his birthplace in Cheshire, England to settle in Coalville, Utah in 1886. He became an important pioneer artist and civic leader. Although he is best known for his talented landscape paintings, few people know that he was also a highly accomplished photographer of the valleys and dramatic mountain panoramas he encountered on his extensive excursions through Utah, Idaho, and Wyoming. He studied under the tutelage of Charles R. Savage, the master Utah photographer and quickly demonstrated exceptional virtuosity that grew from his affinity for the photographic medium and his kinship with the natural beauty of the American west.

Beard looked upon his photographs as mere reference material for his paintings, accumulating 1,500 glass plate negatives over his lifetime.